A booklet advertising (among other things) WC2, the Special Operations expansions, the Speech Pack, and the strategy guide for WC1 and WC2.

Launch Into the SEGA Version of the Hit PC Title 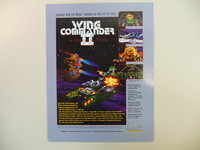 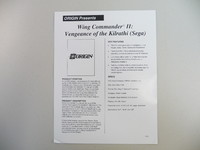 
A 1994 publication designed to convince retailers to order a Sega port of WC2. Production of the Sega version was actually cancelled early in the process.

The Empire of Kilrah is back! 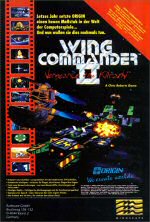 
This advert ran in the May 93 edition of the German magazine PC Review. It contains typos and was probably not translated by a native German speaker. 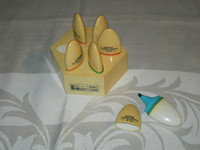 
"I Survived The Tiger's Claw" Shirt 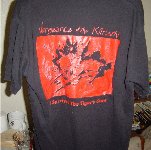 
Given to members of the development team. 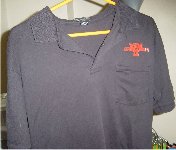 
Given to members of the development team.


A television programme (broadcast from 1983 to 2002) covering general purpose computing -- its sister show was called 'Net Cafe'. Widely syndicated in the US and in many other countries. This segment provides a brief storyline and gameplay overview of WC2.


This Wing Commander II hat was created by publisher FCI to promote the game.


This poster was used to promote Wing Commander II in Taiwan and Hong Kong. 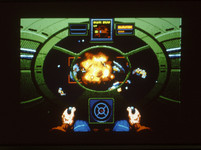