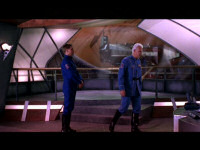 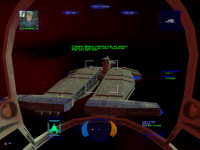 In 1999, Wing Commander made it to the big screen. The Wing Commander movie, now available on DVD, differs from many 'game to movie' scenarios -- it was directed by series creator Chris Roberts, who oversaw every game up until Prophecy. Set just before the original game, the film tells the story of Christopher Blair's first combat missions. Other Wing Commander developments include Armada, a modem and network-based multiplayer game released in 1994, well before the success of internet gaming, Academy, a mission builder, and the Privateer series. Privateer and its sequel, The Darkening, use the same setting and gameplay as Wing Commander while adding a 'freeform' element. Instead of a military officer, the character is a mercenary who can make his own decisions as to which missions to select and how to arm his ships.

2007 saw the release of Wing Commander Arena, an Xbox Live Arcade exclusive which brought 16-player online multiplayer to the series. Players can jump in to a number of classic and modernised ships and engage in free-for-all dogfighting, team battles, and duelling across eight unique locations. It was developed by Gaia Industries and published by EA through the Xbox marketplace.

There have also been Wing Commander releases for handheld systems. In 2003 Electronic Arts published Wing Commander Prophecy for the GameBoy Advance. True to tradition, Prophecy pushed the GBA to the edge of its abilities by offering a working 3D engine on a tiny data cartridge. Ports of Wing Commander and its addon, The Secret Missions, were released as part of 'EA Replay' for the PSP -- bringing the classics back to a modern audience.

What will the future bring? We'll be here and ready to announce any new developments!