Wing Commander The Price of Freedom 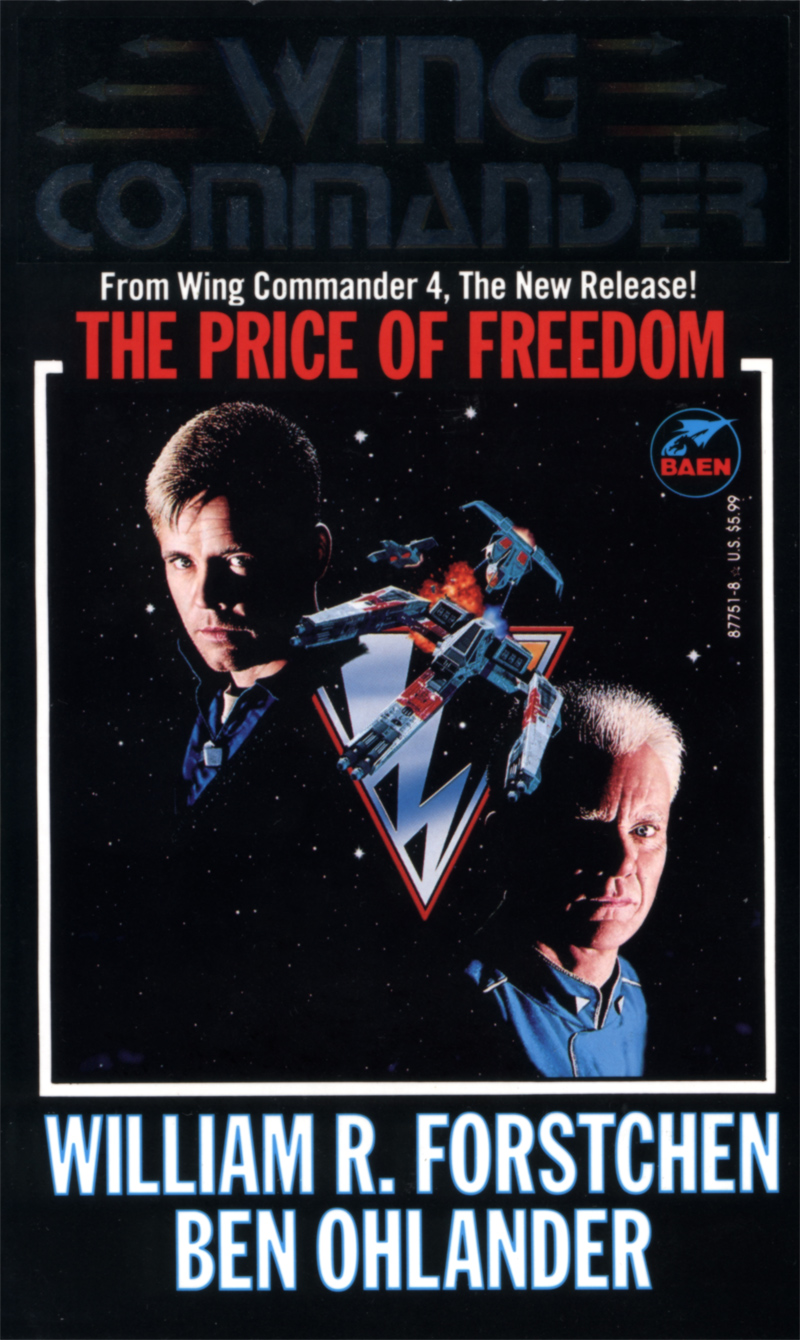 WHO SAYS THE WAR IS OVER?

In Heart of the Tiger the Kilrathi empire was eradicated through the bravery of a few flying aces. Now, Captain Blair and his wing are fighting a more familiar menace―their fellow humans. Blair had settled down to the quiet life of a farmer, but he's been called back into action to fight rebels from the Border Worlds. And Captain Blair finds that dog-fighting with people is a whole different kettle of kittens than fighting an alien cat species. Those humans are tricky.... 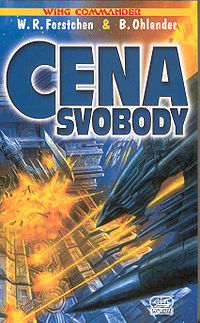 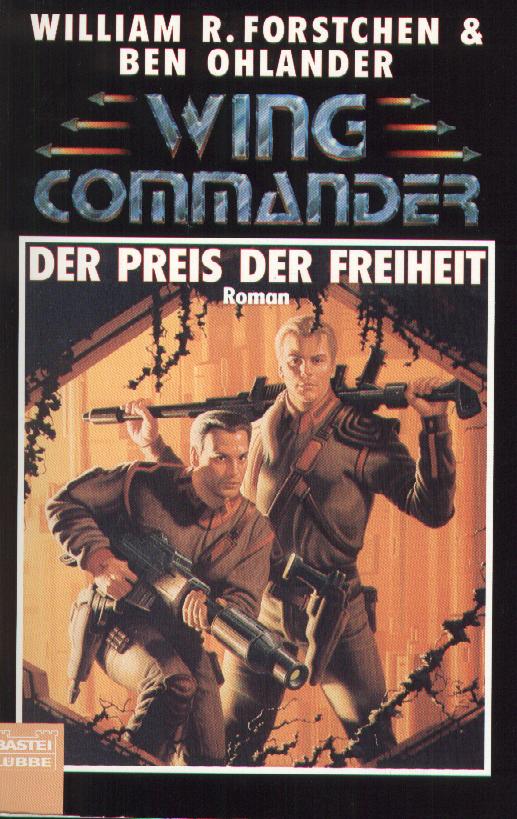 The cover art by Romas Kukalis originally appeared in 1996 as the cover to The Long Hunt by Debra Doyle and James D. Macdonald, the fifth book in the Mageworlds series.

This is the fifth Russian translation, from The Price of Freedom. It was announced for 1997 but not published.