False Colors marks the end of the Baen Books' line of Wing Commander novels. Andrew Keith, who died unexpectedly shortly after the book's publication, had tentative plans for a pair of sequels to False Colors (involving Prince Murragh's return to power and then a war between the Landreich and the Confederation). More information (including an interview with the authors and a preview chapter!) can be found here. 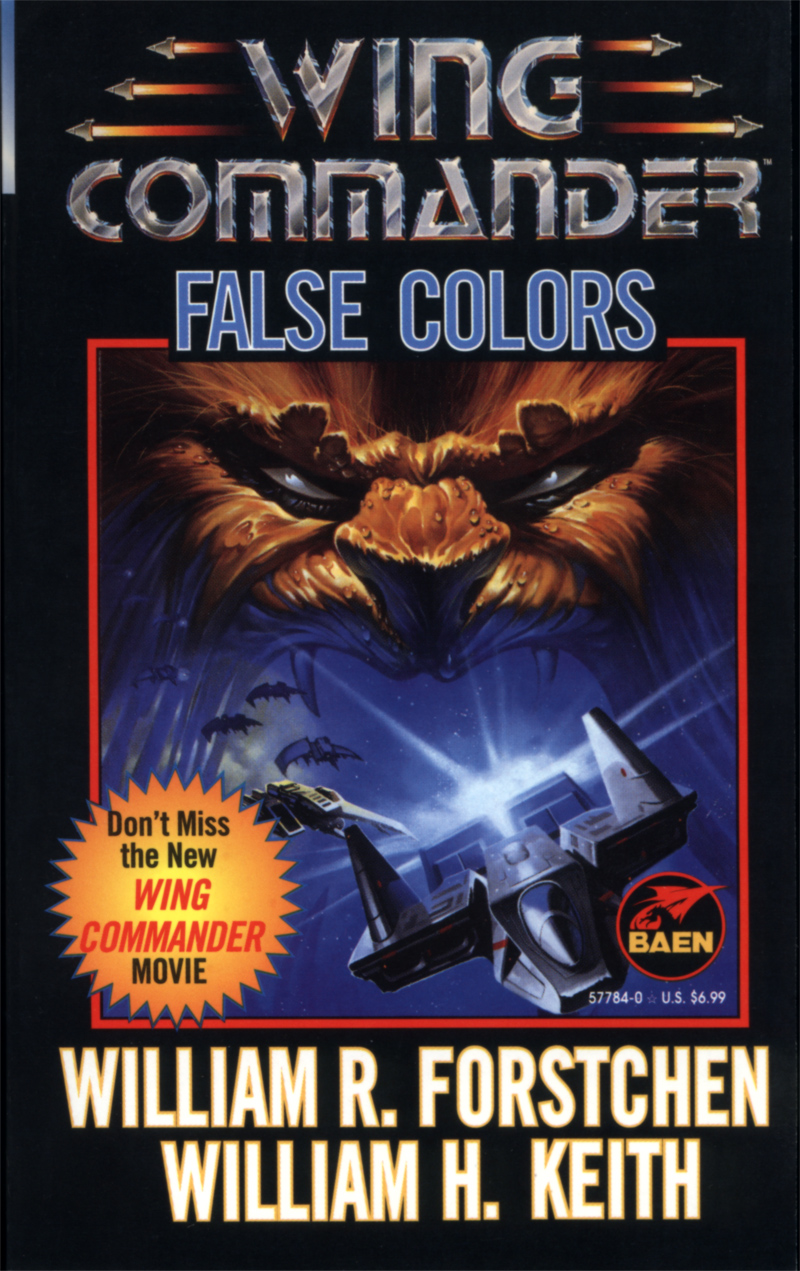 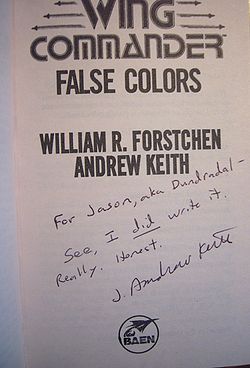 A desperate attack on the Kilrathi homeworld had succeeded in destroying the entire planet, including the Emperor and his warlords. The surviving Kilrathi, on warships and on their colony worlds were hopelessly demoralized and had sued for peace. The catlike warrior race was no longer a threat to Earth and its colonies. Thirty-five years of war had finally come to an end, bringing peace in our time. They thought. . . .

The reality was more ominous. There were still plenty of independent Kilrathi warlords surviving, commanding a formidable array of warships and weaponry. Some wanted revenge on the apes who had destroyed the sacred homeworld, some wanted to set up their own new empires, and some were simply content to go pirate, raiding human colonies at will. But back on Earth, the war-weary people and their leaders turned a deaf ear to reports of Kilrathi belligerence, preferring to look forward to a peaceful and prosperous future.

But it was only the calm before a new storm. . .

Eagle-eyed readers may notice there's slight difference with the ebook edition of False Colors' title: the name of the co-author. Printed copies read "William H. Keith" whereas the new version says "Andrew Keith." What's going on? The answer is that the original printing was actually an embarrassing error: William Keith is a real writer... just not the one who wrote False Colors. His brother Andrew, who also wrote the Heart of the Tiger novelization, was the man behind False Colors. Andrew Keith was active in the Wing Commander community at the time and he took the error in good spirits. Unfortunately, Andrew passed away not long after False Colors was published.

False Colors is the only Baen Wing Commander novel NOT translated into German. It's unclear exactly why the book wasn't translated, given the success of the other novels in the range. It was, however, available in the Czech Republic where it sported a beautiful new cover (pictured below). 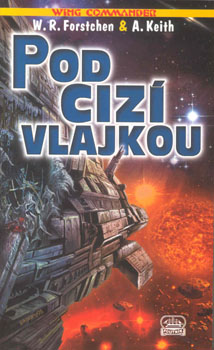 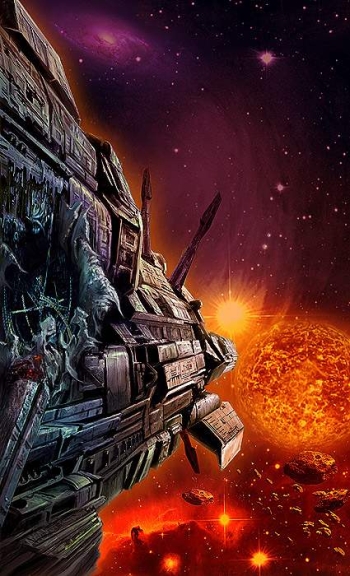 The Czech translations only adapt novels involving Dr. Forstchen, so it is book 6 instead of book 7 there. Released in 2005, this translation was the last official Wing Commander novel printed.