All About False Colors 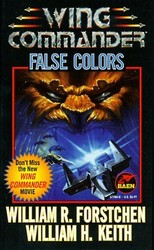 Yesterday, Wing Commander: False Colors was released as an ebook. Today, we'd like to tell you a little about the book's background! Eagle-eyed readers may notice there's slight difference with the ebook edition of False Colors' title: the name of the co-author. Printed copies read "William Keith" whereas the new version says "Andrew Keith." What's going on? The answer is that the original printing was actually an embarassing error: William Keith is a real writer... just not the one who wrote False Colors. His brother Andrew, who also wrote the Heart of the Tiger novelization, was the man behind False Colors. Andrew Keith was active in the Wing Commander community at the time and he took the error in good spirits. Unfortunately, Andrew passed away not long after False Colors was published.

SPOILER WARNING: One thing new readers will notice is that False Colors leaves the characters' stories somewhat unfinished. The immediate threat from the dreadnaught is gone, but our familiar novel characters are no longer flying for the Confederation and are facing an uncertain future in the Landreich. At the time, Mr. Keith spoke of his desire to continue the story with two additional novels. THese were never contracted, and to the best of our knowledge no outlines were ever written. We did include the theoretical events of both in the Wing Commander Arena timeline update as a tribute to Mr. Keith. In his words: 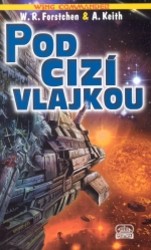 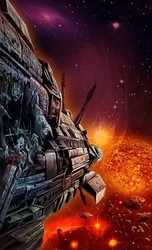 LOAF: Any future plans for working with WC?
Keith: I hope to pitch two new novels down the line. But it depends on Baen Books, Origin, and others.

LOAF: Two new novels? Can you give away any information on those?
Keith: The book ideas are still vague. One I'd like to do would involve a Kilrathi prince -- a friendly one -- from False Colors. Sort of Bonnie Prince Charle in Scotland, with Cats and carrier support by the Karga. The other would put the Landreich at war with the Confederation. I'm thinking of following something like the Alamo/Goliad/San Jacinto model.

You can find our full interview here. If you would like to learn more about Andrew Keith and his work, he was kind enough to provide some reference material which we have maintained since the book's release:

The preview chapter is an earlier draft, saved before the editing process was complete. As such, it's an interesting look at how the smallest details of a book can change!

Here's an odd fact: False Colors is the only Baen Wing Commander novel NOT translated into German. It's unclear exactly why the book wasn't translated, given the success of the other novels in the range. It was, however, available in the Czech Republic where it sported a beautiful new cover (pictured.) The Czech translations only adapt novels involving Dr. Forstchen, so it is book 6 instead of book 7 there. Released in 2005, this translation was the last official Wing Commander novel printed.