There's another nifty release of the WC Toolbox for all of the tinkerers and modders out there. Today UnnamedCharacter took the wraps off some new extraction abilities. The package now lets you extract raw video footage from Wing Commander 3's game files. There's also enhanced support for the WC4 subfiles embedded in that game's archives as well. This adds on to the long list of incremental features that have been steadily added to a number of WC games. You can grab the latest update here and learn more at the CIC Forums.

More extraction support for WC3, this time adding the ability to extract movies. The result is in the AVI format using uncompressed frames; therefore the file sizes can be quite large, especially for the opening movie: about 1.5 GB.

This release also includes all the reversed hashes for WC4 tree file names. Thankfully, the hashing algorithm used for WC4 was improved, and therefore greatly reduces the number of collisions; making my life a lot easier.

The tree format for WC4 is identical as WC3, so you can use the WC3ToolsCmd console application.

We've posted a number of fancy video packages this year that feature the enhanced cutscenes ODVS has managed to create. We're careful to not refer to it as just "upscaling" since actual bits of new data are being added to create detail where none existed before. How is this accomplished and what are the limits? What do we mean by saying it's run through an AI routine? ODVS explains all this and more in a new article. You can learn about modern computerized neural networks and all the work ODVS does to manually pre-process the footage before he can turn the crank here. 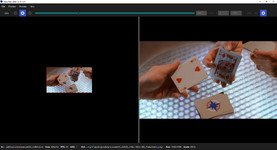 The result is that you’ll always get better upscale results from higher-quality source footage. Lucky for us that Wing Commander IV’s FMV was all filmed on high-grade 35mm film, under professional lighting and, crucially, eventually released as DVD video. While the resolution of the DVD footage isn’t up to modern standards, the quality and visual fidelity of the footage is relatively high. So GIGO doesn’t apply – our low resolution footage is quite high quality.

Christian Klein posted some cool pictures of a Wing Commander box, and I thought this one was definitely worth sharing. There are many variants of the original "black box" Wing Commander, and most fans are familiar with the Deluxe Edition (with expansions) that come in a blue box. This particular copy, however, is the Software Toolworks Deluxe Edition that comes in a black box on CD! I added a copy of the blue floppy version for comparison. Most of the internal contents will be pretty familiar, but the CD holder itself is a pretty cool artifact! It's by no means the only version of the original game on CD, but many of those are part of other exotic compilations or OEM releases. Check out more of Christian's finds on Twitter. 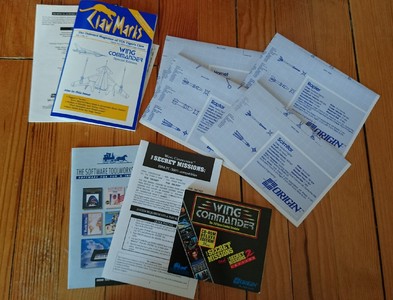 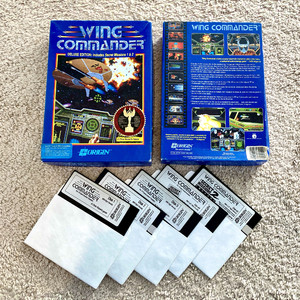 You can find the Software Toolworks version in a number of forms including with either a blue or a black box with the same red labels. If you look closely you can see the 'red' of the box is actually stickers... Origin provided Mindscape/ST with a supply of unsold stock which they converted into these CD editions.

Here's a fun sketch from Simon James on Instagram. It features a bounty hunter behind the green screen of a comm VDU. It almost looks like he's artistically chosen to jazz up the eyewear as a Lone Ranger-style mask. I always figured they were just sunglasses, but either way, they're definitely there to convey a certain look! If you like this one, you can find more of his art here. 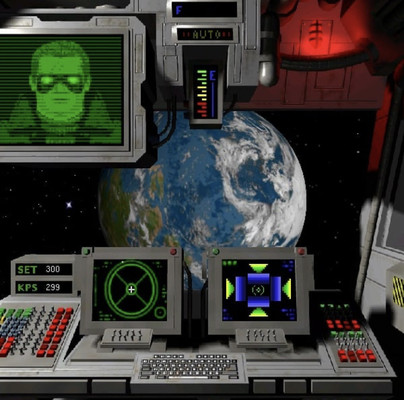 A quick one... portrait of a bounty hunter that'd appear in your comms in Wing Commander: Privateer - my first space game.

It's been quite a while since Klavs has shown off a new Sabre, but he's back in the cockpit and taking another crack at it now. At this point the design is still in the pre-texture phase, but the spaceframe is already quite solid and the fighter is looking well equiped with its particle cannons, neutron guns and healthy complement of missiles. The nifty version with landing gear deployed also reveals several internal bays for additional ordnance! 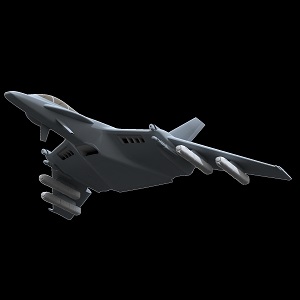 Re-kajiggering a lot of the old models, to optimize things and maybe make them a bit more realistic by relying more on texturing than all the overly-chunkified modeling I did to make them look better as 3d printed models. In many cases I'm having to re-model them from scratch, but thems are the breaks. Pretty happy with the Sabre's overall configuration, and she can even carry 6 torpedoes!

Klavs doesn't just make Wing Commander ships either. He recently put together this gorgeous late '40s/'50s F7U-1 Cutlass. It's a pretty good looker too! You can find more about it at Sketchfab. 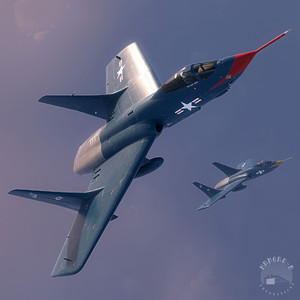 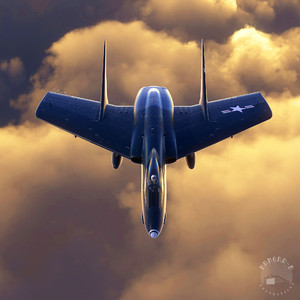 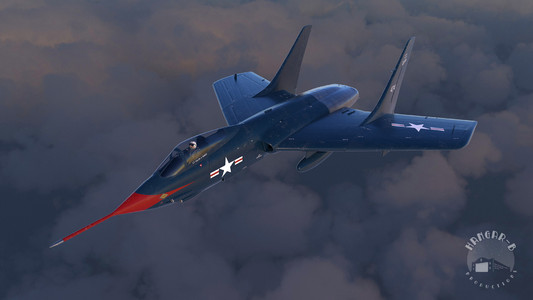 Wing Commander has always been the perfect crossroads of Naval Aviation and Sci-Fi for me, probably why I love it so much. So, when working on this model of an early model of the the F7U-1 Cutlass, I was struck by how easily it could be turned into a Wing Commander ship! It's almost "Rocky Jones" in appearance, and it's easy to see how the shape would have blown people's minds in the early 1950's who were used to looking at Corsairs and P-51s. Only very peripherally related to Wing Commander, but there you are. Was there ever a WC Ship named Cutlass? Seems like there should be!

When we posted the first complete pack of enhanced Wing Commander 3 videos a few weeks ago, we labeled them as a "first cut" preliminary effort. They still looked great, but ODVS continues to find ways to create even more visual fidelity of the surprisingly low res/framterate originals. As he looks towards what a 2.0 update might be like, here's created a couple of test videos using more advanced AI/neural net methods to experiment with the next level of updated footage. Faces and hair look surprisingly good! Check the new samples out below.

I've been tinkering with my workflow for remastering the WC3 PSX footage. I've introduced a new AI method for interpolating the frame rate from 15fps to 30fps (which is far more accurate than the previous method), tweaked the AI upscale model and modified my AVIsynth code. So here's another comparison video. I think this bodes well for a WC3 HD Pack V2.0 :)

Another quick update on my new WC3 remaster workflow, which I continue to tweak to try to squeeze as much visual fidelity as possible out of the PSX source material.

I picked this scene because it has plenty of long, mid and short-range shots. A lot of the scenes in WC3 are mostly shot-reverse-shot dialogue sequences (most likely a limitation at the time of shooting with virtual sets). The process continues to improve :) 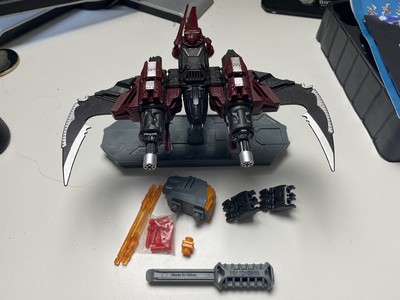 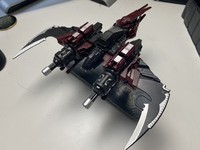 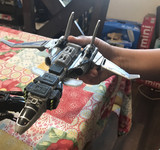 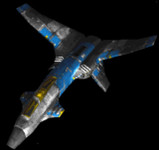