Rear Admiral Tarsus wants to remind everyone that the Wing Commander Gemini Sector RPG is alive and kicking! The group transitioned to Discord a while back and conducts most of their activity in real time chat rooms. A new event calendar has been added to the game's official wiki so players can stay on top of upcoming role playing events. There's also tons of background information at the site that you can read up on before joining yourself! Reach out and introduce yourself if you want to try something different - engaging with your Wing Command buddies is always tons of fun! 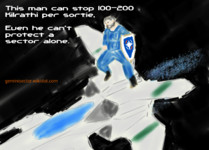 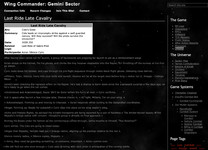 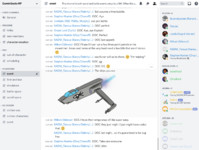 In the distant future, mankind is locked in a deadly war… 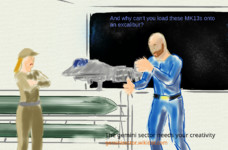 Based on the 'Wing Commander' series of games, Wing Commander: Gemini Sector offers space opera fun in a bureaucracy-light atmosphere. The game is set aboard a single Terran Confederation carrier, the Bengal Class Strike Carrier TCS Majestic. Roleplaying will be GM-driven at first, but if enough people join, I hope to move in the direction of more free-form RP. Roleplaying events may take place across various locals such as other capital ships, installations, or planets. 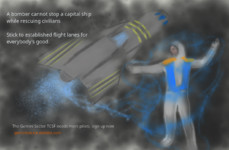 Character creation is fairly simple and alts are allowed. You can create a character who is a pilot, a technician, a marine, or a naval officer/enlisted man. Combat is handled by a custom-coded program that appears on the Combat-Bot on the Discord Server. You enter commands and the bot responds to them, changing your action and stance for the current round. Player death does not occur without consent. The main plot is driven by one of the GMs, but there will be opportunities for players to engage in their own subplots. Event sessions (posted on particular channels on the Discord) will be a mixture of combat-focused and social/RP-focused sessions. New players are welcome without requiring Wing Commander background or knowledge of the MUSH events beyond what can be gleaned from Ship Wide Messages and After Action Reports. The rules are light, just be respectful to other players out of character and you are good. The player-base is very friendly and mature.

Overall, the guiding principle is 'We are all here to have fun'.