While popping in to explain what's going on with the watches in the Wing Commander Movie, Jordan Reeve also shared some fantastic photos from the film set in Luxembourg. He got a chance to visit during the making of the movie, which included some fantastic up-close encounters with the Rapiers and Kilrathi. There's a lot of envious folks in #Wingnut right now! 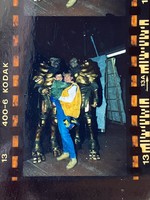 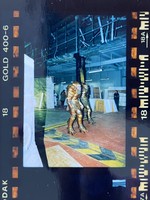 Most memorable.. being 7 years old and “flying” the Rapiers.. totally imaginary of course but to a 7yo it’s pretty powerful! My father made that film with Chris, together they could have made an incredible movie but there were too many other cooks in that kitchen..! I used to have a load of stuff, props and clothing from set.. no idea where they are now but I still have fond memories of walking up and down the flight deck!