This section of the Wiki contains an extensive catalogue of information about specific products: box contents, system requirements, manuals, patches and much more. These landing pages are one stop shops for factual information about each Wing Commander product. In-depth information on every aspect of the Wing Commander universe itself, such as character biographies, ship stats and universe timeline, can be found in the Terran Knowledge Bank section instead. 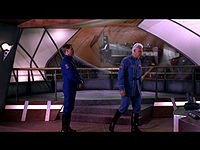 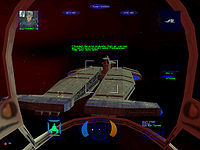 In 1999, Wing Commander made it to the big screen. The Wing Commander movie, now available on DVD, differs from many 'game to movie' scenarios -- it was directed by series creator Chris Roberts, who oversaw every game up until Prophecy. Set just before the original game, the film tells the story of Christopher Blair's first combat missions. Other Wing Commander developments include Armada, a modem and network-based multiplayer game released in 1994, well before the success of internet gaming, Academy, a mission builder, and the Privateer series.

Privateer and its sequel, The Darkening, use the same setting and gameplay as Wing Commander while adding a 'freeform' element. Instead of a military officer, the character is a mercenary who can make his own decisions as to which missions to select and how to arm his ships. 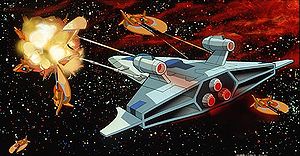 There have been few Wing Commander releases in recent years. Electronic Arts has ported two games in recent years. In 2003 Electronic Arts published Wing Commander Prophecy for the GameBoy Advance. True to tradition, Prophecy pushed the GBA to the edge of its abilities by offering a working 3D engine on a tiny data cartridge, In the last year, ports of Wing Commander and its addon, The Secret Missions, were released as part of 'EA Replay' for the PSP -- bringing the classics back to a modern audience.

What will the future bring? Wing Commander Arena looks set to redefine the XBox Live Arcade experience... and beyond that, there's always hope!

This category has the following 14 subcategories, out of 14 total.

The following 6 pages are in this category, out of 6 total.