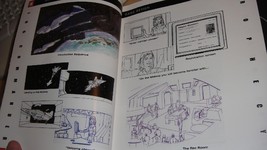 
An extremely cool 40-page Wing Commander Prophecy promotional booklet. This was done early in the project and hasn't been seen by fans!


These posters were given out as promotional materials at industry expos in 1997 and were otherwise only available to Origin employees! If anything, this is even rarer than the WCIV theatrical poster...


This small button advertised the game in the handheld section of the Electronics Boutique website.


An ad for Prophecy Advance on sale appeared in the K-Mart circular in South Dakota. 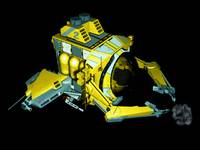 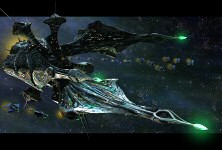 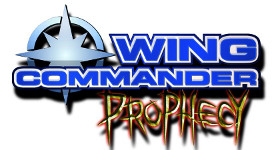 
Among other things, the Prophecy presskit included a teaser for the Prophecy introduction. It's quite different from the game version so we've posted it for your enjoyment along with an early version of the Prophecy logo.


Wing Commander actress Ginger Lynn Allen was kind enough to stop by the forums and answer fan questions! Here's a recap of we've learned so far.


Matt Chat has been conducting a series of interviews with Rob Irving of Descendent Studios. In part 3 they discuss Wing Commander 3, simulation games, full motion video and 3DO game development. Rob Irving has a long history in videogame development, having served as game designer, developer, writer and producer on numerous titles for Origin and Sierra. His credits include Strike Commander, Pacific Strike, AH-64D Longbow, Wing Commander 3 and Prophecy, as well as design work on (cancelled) Privateer and Wing Commander Online projects. Before joining Descendent Studios he was attached to Chris Roberts' Star Citizen.