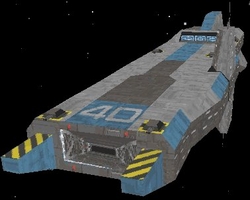 After a bit of a hiatus, we present the final chapter in our Ships of the Victory Battle Group series. The best, of course, saved for last.

The TCS Victory is a Yorktown-class light carrier. Affectionately known as "Tin Can Sally" to her crew, the Victory is a prewar design that was scheduled for decommissioning in the 2660s. However, the heavy losses suffered by the Confederation during 2666-2668 kept the Victory in service with the Fleet and on the front lines. Captain William Eisen served as her captain during the final campaign of the Terran-Kilrathi War. He had previously served on the Victory several times including as Communications Officer on her maiden voyage.

Admiral Geoffrey Tolwyn had chosen the Victory Battle Group to be the primary escort for Project Behemoth in 2669. He transferred Colonel Christopher Blair, having recovered from his injuries during the Battle of Earth, to serve as the Victory's Wing Commander. After escorting the Behemoth from Torgo, through its test-firing in Loki, to the door of Kilrah, the project's weak points were relayed to the Kilrathi by sleeper agent Ralgha nar Hhallas and a strike successfully destroyed the war-winning weapon. 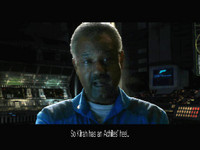 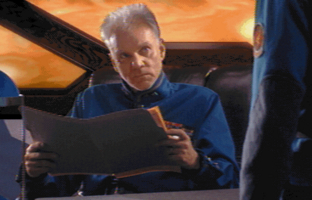 The Victory escaped the loss of the Behemoth and went on to play a key role in rushing the Temblor Bomb project to completion. The Victory served as the testing platform for this war-winning weapon as well. Colonel Blair successfully tested a Temblor Bomb on Hyperion. Preparations for the final attack on Kilrah were made. On 2669.267, Lancelot Flight, launching from the Victory carried out the Temblor Bomb attack. Colonel Blair had destroyed Kilrah and with it came an end to the war. 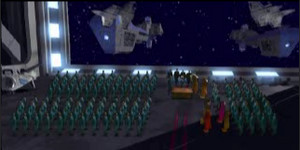 The treaty to end the war, alternatively called the Treaty of Torgo or the Treaty of Ko-bar Yagar, was signed in the Torgo System on the flight deck of the Victory. After the war, she was turned into a museum and placed into orbit around Jupiter where she remains. 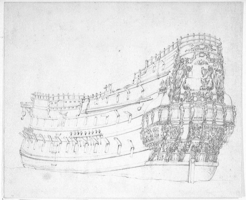 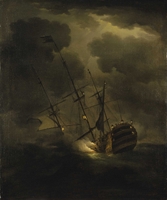 The name Victory has an almost 500 year history in the Royal Navy. Six ships have carried the proud name starting with a 42-gun ship in 1569. Two ships carried the name in the 17th century. The first was another 42-gun ship launched in 1620 that participated in a number of battles before being rebuilt in 1666 as an 82-gun ship and finally broken up in 1691. Four years later, a 100-gun first-rate joined the Fleet. After participating in the Battle of Barfleur in May 1692, she was rebuilt in the 1690s before being heavily damaged by an accidental fire and broken up in 1721.

In 1737, the fourth ship to carry the name was built. Some of the timbers used in her construction were taken from the remains of the previous Victory. However, like the previous ship she was destined for a disaster. Returning to England in 1744, Victory and several other ships encountered a severe storm. Victory was scattered from the other ships and presumed lost near the Channel Islands. Some wreckage on the islands supported that conclusion, however it wasn't until 2008 and the discovery of the wreck itself that confirmed the theory. The wreck was 43 nautical miles from where anyone thought it went down. Two years ago, in January 2012 plans were announced to raise the wreck from the seabed. As of this post, the wreck remains on the seafloor. 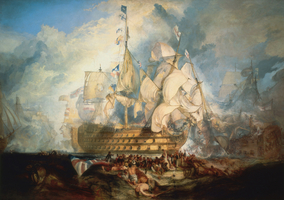 The fifth ship to carry the name was an 8-gun schooner that served in Canada from 1764 to 1768 when it was burned. It was the ship that came after that entered the name Victory into the annals of naval lore. Launched in 1765, HMS Victory was a 104-gun first-rate ship of the line. Victory repeatedly served as a flagship for several commanders. At the Battle of Ushant in 1778 she was was Admiral Keppel's, during the Siege of Gibraltar in 1782 for Admiral Howe, and in 1796, during the Battle of St. Vincent, Victory served as Admiral Jervis's flagship. Her most famous turn as flagship came in 1805 when Vice-Admiral Nelson raised his flag on her. It was during the Battle of Trafalgar on 21 October 1805 that she became legend. Nelson was shot on her quarterdeck and died half an hour later. The crew had sustained high losses: 57 killed and 102 wounded. 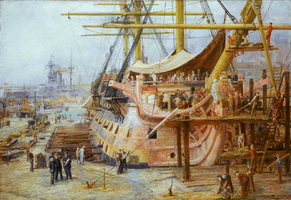 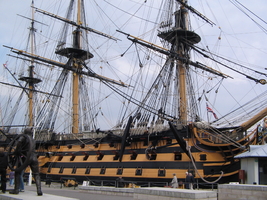 Much like America's beloved USS Constitution, HMS Victory spent a number of years neglected. Interest in restoring both ships also happened at roughly the same time. At the beginning of the 20th century, both ships were restored to their original states and converted to museum ships. Unlike Constitution, Victory no longer remains afloat. She sits in No. 2 drydock, the oldest drydock in the world still in use, at Portsmouth, England. She suffered her last close call in 1941 when a Luftwaffe bomb fell near the drydock and damaged the ship. Today, Victory is one of the many museum ships found in England.