As I've said recently before, the Bengal class strike carrier is one popular ship! It also comes in many forms, and as Wing Commander has evolved over the years, fans have been incorporating more elements into their interpretations of the design. Lars started building a Tiger's Claw model in 2006 that merged Claws from the WC1 game, Movie and Academy. Now he's back with a new iteration, and this one even includes some Star Citizen touches! Unlike Klavs' version that's recently been in the news, Lars' sought to bulk up the ship in a way that he feels would better accommodate the ship's full fighter complement. Here's are the first images. 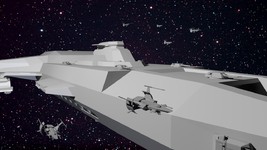 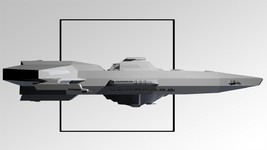 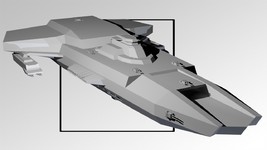 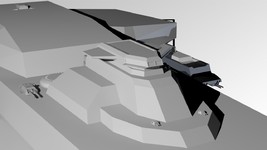 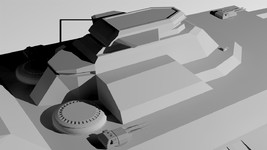 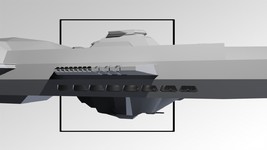 Klavs' great model of the Bengal and Star Citizen made me to go back to my own model. As I noticed that Klavs' Bengal got smaller and Star Citizen's got bigger, I thought to myself... what's a good size and how does everything fit into it?

So I went back and created the basic shape as it's seen in Claw Marks. From there my first step was to keep the 700m length (I am not doing the Claw here but one of the later ships) but fit in all the 104 fighters it's supposed to carry. Next step was to think about how high each deck would be and the stuff in between (you know where all the cables, tubes and what not are). Going from there I changed sizes again. Still fixed to keep the 700m length.

Other points I incorporated or think about are as of now:

You can help provide feedback to further refine the design at the CIC Forums!