There's a new Bengal in the works. Lars is attempting to merge elements from different Tiger's Claw resources to create a unified interpretation of the famous strike carrier. He began with the Wing Commander 1 version of the Claw and is now modifying it to reflect information gathered from the Wing Commander Movie and Academy. Since the initial rendering, the armor plating has been improved and windows have been added to the sides. Fighter launch ports and torpedo tubes have also been recently implemented. 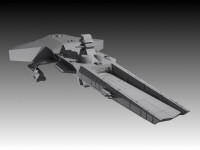 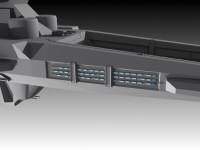 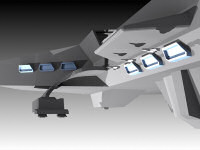 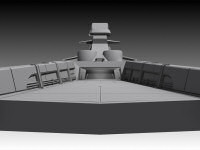 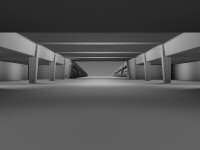 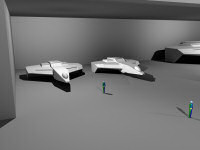 I am mostly searching for some kind of examples for the armor plating and other details. I have made a simple render and done some rough sketches with Photoshop for some of the ideas I had... still very basic.

I like how from the perspective from the far side of the flight deck seems to be from WC1, but standing on the inside runway reminds me of a scene from the movie.