We here at the CIC have struggled to bring you the best in Wing Commander related news and services for the last five years. For those of you who have followed our efforts, there have been difficulties paying for our server and we've had to make numerous cutbacks. Until now, we've been happy to do so for free. But the internet bubble has burst. With the rising costs of maintaining the site, it's time to move into the next phase of our evolution. With that, we present to you CIC Complete! For the low introductory price of $20 per year, Wing Commander fans will have complete access to the following goodies and more.

This will allow us to expand and bring even better things to you in the future. Hopefully everyone is as excited as we are. Paypal and all major credit cards accepted.. SUBSCRIBE TODAY!

You heard it first here everybody. Our secret sources have revealed the first tiny bits and pieces about the script for the sequel to Microsoft's Freelancer. Here's what we've seen so far.

There you have it! I can't wait. With over 5,000 unique NPC's this time around, the universe will be as vibrant and diverse as ever. JOIN CIC COMPLETE!

Just minutes ago, brand new Forums poster Blair4523634222 posted startling new evidence about a potential new WC project. Tentatively titled "Blair's Return," so far it does look convincing. Utilizing plot twists that forum posters have been begging for for years, have our prayers finally been answered? The CIC has secured an exclusive screenshot as well. 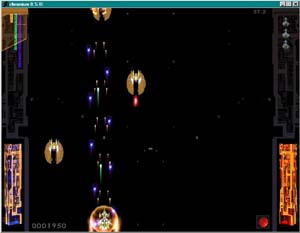 IN THE GAME YOU PLAY THE PART OF SPACE MARSHAL GEOFFRY TOLWYN, BROUGHT BACK TO LIFE BY THE KILRATHI TO PROTECT THEM FROM THE NEPHILUM. IN YOUR SPACE FIGHTER YOU INFILTRAET ENEMY SPACE AND FIND A PRISON PLANET. ON IT ARE MANY HUMANS, ONE IS COMMODOER CHRISTOPHER BLAIR. TOGETHER YOU FLY AWAY BACK TO THE AXIUS STATION WHERE YOUR BASE IS. WHEN YOU ARRIVED THERE, CHRISTOPHER BLAIR GOES CRAZY. *HE IS CONTROLLED BY THE NEPHILIM!!!!!!!*

You can see for yourself (SPOILER WARNING) here. JOIN CIC COMPLETE!

Today marks the sixth anniversary of the day when the universe united in their hatred of Dan "Akkbar" Hardwicke. Those too young to remember have no doubt heard the terrible stories of his evil wraith, and those who haven't are better off for it. Here's to you Akk. JOIN CIC COMPLETE!

Here we see that Maestro is happy because EA gave him a very generous wage. JOIN CIC COMPLETE!

NOTE:The movements of those reporting for the CIC are restricted and their reports are monitored by EA. Today's news stories were written in accordance with EA ground rules allowing so-called fan site reporting, in which internet journalists are left to fend for themselves. Among the rules accepted by all participating news organizations is an agreement not to disclose sensitive operational details.