The year 2017 is on the way out as I write this, so it's time to review what a wonderful year it's been. We got a taste of the action in yesterday's Fan Project of the Year roundup. There were lots projects that released some great things for the community over the past twelve months, including many playable adventures and multiplayer games. Since we just highlighted all those, this post will focus mostly on other news items, so be sure to go back and check out those if you missed them.

We started January on a high note with the digital release of The Price of Freedom. It was followed by False Colors and Action Stations (whose cover we also learned more about). This rounded out the Baen novels, except for End Run which we hope to see in 2018. EA also added the Wing Commander games to its Origin Access Vault, meaning subscribers to their service can all play WC for free now. This helped add even more new fans to the mix. Although many German fans were already aware of this, few people in other regions had ever seen the version of WC4 with a nifty metal dog tag. These quickly became a hot commodity for collectors around the globe! And although it's been more than eight years since the final chapter release, we're still enjoying the fruits of the Wing Commander Standoff mod in the form of an alternate soundtrack that was shared with fans. 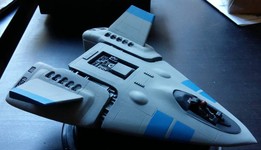 February began with a cool treatment to the WC3 Behind the Screens documentary. It got some visual enhancements that removed a lot of the old graininess and compression noise and made it look good as new. We also learned about yet a new variant of a WC game. An exciting third type of WC4 DVD was discovered. This was an exciting month for me as we welcomed a new future Wingnut when my daughter was born. A big thanks to all of the rest of the CIC Staff that helped cover and kept the flow of news coming out seamlessly as always.

Starting in the spring, the team at Cloud Imperium Games began producing some very cool historical livestreams on a variety of subjects. These included Pre-Christory, Privateer, Academy, Armada & Arena, WC3 and WC4. These were mostly anchored by LOAF and are a must-watch for in-depth commentary and insightful trivia. Fatman's Wing One soundtrack also hit the mainstream by appearing in both the iTunes and the Amazon music digital storefronts. WC artist Mike Winterbauer also successfully launched a kickstarter to get his classic video game art book printed. The Prophecy Demo also got some love via a graphical improvement patch and we found a new screenshot of the elusive WC2 for SNES! There were also some pretty cool April Fools gags, including a neat Privateer teaser by the folks behind Rebel Galaxy. And we found and released the shooting script for Privateer 2. 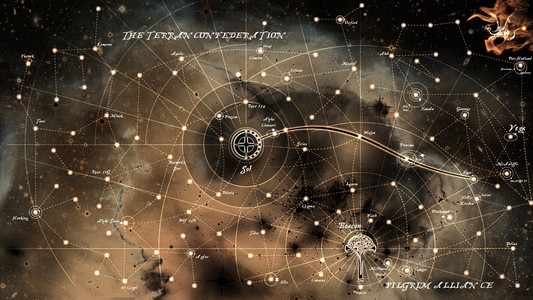 The summer was amazing for crafty Wingnuts! djfx built a kick butt joystick rig and Alfred Wong made one of the best looking physical Arrow models ever made. It was a good time for music with Wing Commander also appearing in concert again, and George Oldziey's kickstarter relaunched. It was successfully funded, and a WC bar music recording session has been tentatively set for February. Some new prerelease WC2 footage was found, we ran across new Prophecy promotional art, Academy in Arabic was uncovered, and there was even a proposed Privateer in-browser game discovered circa 2013! 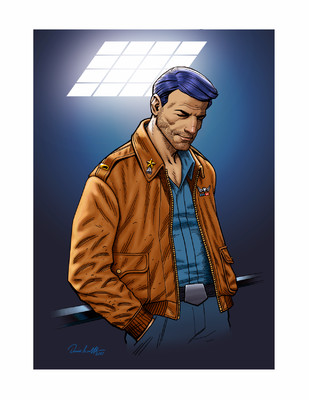 In the later months of the year, Arena celebrated its 10th birthday, UO reached its 20th milestone in September and Prophecy also hit 20 in December. The Wing Commander Movie was also included in the Movies Anywhere initiative so it became easier to share your digital copy between different platforms. Movie fans also got a rare treat in the form of Wojo releasing his Pilgrim Legacy assets. Origin artist Denis Loubet also penned a pretty swanky Bluehair poster to go along with a slick Avatar sketch as an early holiday gift to the fans. Whew! Another great year in the Wing Commander community. We can't wait to see what 2018 brings next! We know one thing to look forward to - the CIC will turn 20 years old! We can't wait to celebrate with all of you!