It's 1997 and the future of media storage is here: DVD! With 'interactive movies' like Wing Commander taking three, four and even six CD-ROM discs to store hours of low-resolution video, the immediate benefit of DVD for multimedia games seems clear. With so much space, a game like Wing Commander IV could be stored on a single disc... with plenty of room left over for higher quality video! And that was exactly what Electronic Arts did, outsourcing DVD conversions of existing games to a dedicated studio founded by a Wing Commander veteran, Daylight Productions.

But first, the hardware. The first DVD 'upgrade kits' were announced in late 1996 and began shipping in Q1 1997. Much like the CD-ROM drive rollout just a few years earlier, the product arrived before the technology had been standardized. Unable to rely on the Pentium processors of the day for on-the-fly MPEG-2 decoding, each DVD kit shipped with a 'decoder card.' These were PCI cards which processed and output the video separately from the rest of the PC, meaning that the computer itself really just needed to know when to leave the screen blank for a video to be played over it.

What the industry could not agree on, however, was a standard for how these decoder cards should work. Instead, multiple manufacturers including Sigma Designs, Toshiba and SGS Thompson developed their own unique cards. The impact on game development was immediate: instead of creating a budget release to take advantage of the new format, you needed to either divine which of the competitors would last or develop multiple SKUs for multiple platforms.

For many years, it was believed that Origin chose to address this problem with two SKUs: a single-sided 'dump' version of the game for early upgrade kits and then a two-sided 'enhanced' version built specifically to support the Sigma Designs RealMagic decoder board that was being pushed by Creative Labs (a sound decision, given Creative's track record for establishing eventual hardware standards.) Following a surprise discovery and some research, we now know much more about how this played out.

The first generation of DVD upgrade kits began shipping in early 1997. The first units could strongly be said to be for early adopters only. They were slow, had significant problems with compatibility and wouldn't even play CD-Rs at all. 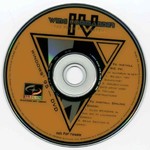 We now know that it was in this some of the first group of kits that the 'dump' version of Wing Commander IV was included. This release was essentially all of the data from the CD-ROM release put on a single DVD-ROM disc that you did not need to switch (the CD version of the game had been designed with this in mind, knowing not to prompt you for a disc change if the files it needed were available.) Two companies included this version of Wing Commander IV: Dynatek in their 'DVD-471TII Upgrade Kit' and Hi-Val, in their 'DVD Entertainment Solution Kit' (available as either a $500 'value' edition or a $700 deluxe version which included a wireless link to play movies on your television. Both of these companies adopted the SGS Thompson decoder, but lacking MPEG movies, Wing Commander IV was not adapted for this specifically. 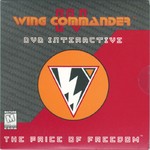 Technology moved quickly during the 1990s multimedia boom: the SECOND generation of DVD-ROMs hit the shelves in time for Christmas, with Creative shipping their Dxr2 bundle in October. This is the release that includes what we generally remember to be Wing Commander IV DVD: a double-sided flipper disc that features a Win9x port of the game that displays high quality VOB files instead of the original Xanmovies. With a massive visual improvement to the game, finding a copy became objective number one for Wing Commander fans... which meant looking out for the most visible DVD kit known to include the game, Creative's boxed release.

For many, many years that was the entire story of Wing Commander IV DVD. We knew that OEM copies were bundled here and there, but it was generally believed that these were either the decoder-agnostic original release or the RealMagic version created for Criterion. Wing Commander producer Mark Day, owner of Daylight, did note at the time that they had developed versions for multiple decoder cards, but the assumption was always that this referred to the two known releases.

Fast forward to 2017 and a discovery by Joel McCoy of the Big Box PC Game Collectors group. Mr. McCoy had purchased a lot of Wing Commander games on eBay which claimed to include the DVD. From the auction listing, it seemed to be in a custom 'fan made' case much like those offered for download here in the past (replacing the disc-sized cardboard slip for the Creative version.) But closer inspection revealed that it was not a custom case at all, it was an old-style printed digipak! Some research through old hardware magazines and the Usenet revealed a genuine surprise: this was a third, distinct version of Wing Commander IV DVD developed for Toshiba-brand decoders!

Further study has found that this version of the game was included with several products, including the Diamond Maximum DVD Kit (June 1997) the Gateway 2000 Destination DVD Bundle (May 1998, shipped with select Gateway 'big screen PCs') and the Compaq Presario 4880 computer (June 1998.) It is not known how many of these OEM discs were made or whether any other distinct packaging exists (the Gateway disc seemingly sports a serial number specific to Gateway computers.) It's possible that they are incredibly rare... or just that no one has ever thought to look for them in the first place!

An image of the third type of Wing Commander IV DVD is now stored in the WC:CIC offline archive and we will continue to search for variations. Who knew we could still find new Wing Commander games in 2017? 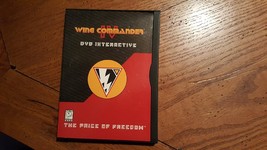 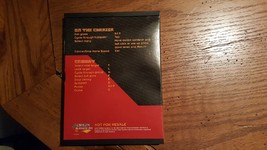 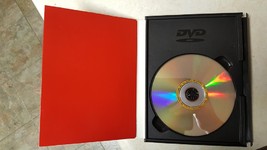