There's big news coming out of the UK today at Cloud Imperium Game's third annual Citizen Con. A stellar cast for Star Citizen's storyline campaign, Squadron 42, has been revealed. Gary Oldman, Mark Hamill, John Rhys-Davies, Andy Serkis, Rhona Mitra, Mark Strong and Gillian Anderson will all be voicing characters in the game next year. This certainly fulfills the team's 2012 commitment to add "Celebrity voice-acting for Squadron 42; we will bring back at least one favorite from Wing Commander!" for achieving their first $5 million stretch goal milestone. A storyline trailer that's reminiscent of Admiral Tolwyn's WC4 speech to the Confederation Senate has been released starring Gary Oldman. Additional behind-the-scenes videos have also been posted that shows most of the cast during their motion capture sessions. Chris Roberts describes it all as advancing the art of cinematic storytelling in games similar to what he did in the '90s with Wing Commander. Check out the action below!

"You will be counted as one of the greatest heroes of humanity..."

It's great to see some of our favorite WC actors back in action, but new Star Citizen videos are also an opportunity to scope out clever easter eggs. First up in the main trailer above is the appearance of a familiar medal on Admiral Ernest Bishop's chest. A Terran Confederation Medal of Honor, aka Pewter Planet, appears on the lower right of his awards. What else do you see in the clip? 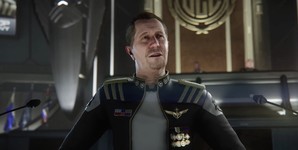 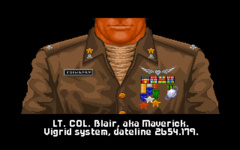 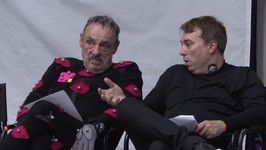 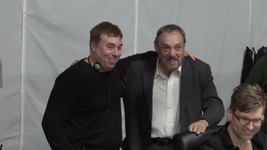 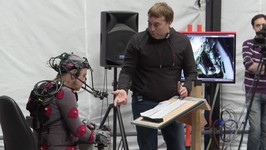 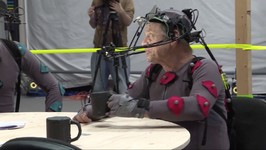 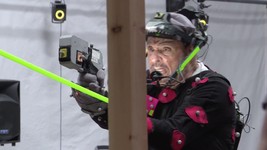 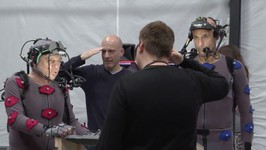