Following in the footsteps of GameSpot and Team Xbox comes another Wing Commander Arena preview -- this one from Shacknews. It sounds extremely promising, and confirms that the Arena team hasn't been taking liberties with our continuity:

On the human side, the light fighters are variants on the F-27 Arrow, heavy fighters are models of the F-44A Rapier II, and bombers are based on the A-17 Broadsword. Kilrathi light fighters are modelled off of the Darket, heavy fighters off of the Dralthi, and bombers off of the Paktahn. Weapons too will be familiar, and as in past Wing Commander games the weaponry of the two races largely overlaps. Ships are armed with guns such as the laser cannon, meson blaster, tachyon gun, neutron gun, ionic pulse cannon, plasma gun, and mass driver cannon; heavier weapons include the dart DF (dumbfire, i.e. unguided), javelin HS (heat-seeking), vampire HS, porcupine mines, and lance torpedo.

There is no single-player narrative in Wing Commander Arena, though there is a text prologue as well as various bits of flavor text scattered throughout the game to provide context and color for the setting. Despite the lack of a campaign component, there are four single-player gameplay modes.

Cardinal has come across some excellent news -- the Gaia Industries website has been updated with information about Wing Commander Arena! Most importantly, it includes four new screenshots... including a nice logo with a pre-rendered Rapier, the menu screen and then two action shots! 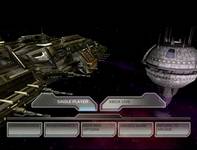 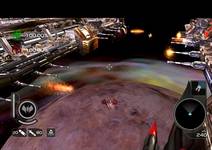 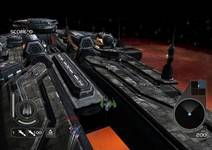 Team Xbox has posted a two-page hands-on preview of Wing Commander Arena! This preview differs from an earlier such article posted by GameSpot in that it's more focused on how the game works for existing Xbox fans: it includes paragrahs on things like what some of the Achievements included in the release are. Here's the verdict:

In the course of a couple of hours, we were able to try out a number of the single-player and multiplayer modes. Most of the action was smooth, despite many of the battles comprised of a dozen people in a confined area, all firing missiles at each other. Frame-rate glitches and camera foibles occurred, but EA Canada’s Penney explained that there’s still time in the development cycle for these to be cleaned up before the game becomes publicly available. While EA hasn’t offered a firm release date, a person close to the project told TeamXbox that it’s being groomed for posting to Marketplace around May. Similarly, no pricing was indicated other than the standard statement that it’ll be in line with other XBLA offerings.

Gamasutra has posted an interview with the man in charge of the Arena -- EA Producer and Lead Designer Sean Penney. Here's some choice comments:

"People talk about Nintendo being innovative with the Wii controller. They ask, 'What's Microsoft's innovation?' Well, I think that their innovation is Xbox Live." The EA designer said that Wing Commander Arena has been in development for eight months. At the beginning, he said, EA was shopping the license around to a number of smaller third party shops. "You know EA, though," he added, "they're very cautious."

As for development process, Penney was extremely complimentary of the Xbox Live system, saying that coding has gone smoothly, and that he feels EA's deep pockets will afford the company time to polish its offerings in a way that is not common on the service today.

Penney concluded by suggesting that EA intends to differentiate itself on the service through the quality of its titles and the patience demonstrated in its development cycles - something it is also striving for in the recently announced, Bizarre Creations-developed Boom Boom Rocket, shown alongside Wing Commander Arena.

Electronic Arts has published a 'fact sheet' for Wing Commander Arena, complete with a new screenshot and a very high resolution logo. Take a good look at that -- you can see all kinds of details on the little fighters around 'Wing'. This release runs down all the numbers, and also gives a more optimistic hope for the release date -- late spring. Here's the word:

The beloved Wing Commander franchise is back with an all-new game for Xbox Live Arcade. Form a squad, propel your ship through space, fire torpedoes, unleash deadly gravity bombs, and destroy enemy armadas as you try to climb the leaderboard. Online players compete for Frag count, high score and dueling stats. Offline the game offers four modes with online leaderboards where it's pure arcade style competition.

EA launches onto Xbox Live Arcade with Wing Commander Arena delivering 10 minutes or 10 hours of space combat entertainment. With four styles of gameplay players can play in single player mode or play with up to 16 players for an all out online space combat melee.

# With up to 16 players, Wing Commander Arena offers the largest multi-player melee experience to date on Xbox Live Arcade.

# 4 types of gameplay: single player, multi-team, multi-player free for all and both one on one and multi-player duel

# 8 maps, including team maps, free for all maps and dueling maps 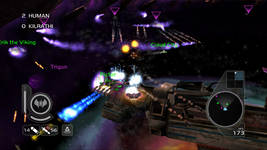 GameVideos has posted a new Wing Commander Arena trailer -- two minutes of action that show off the loading screen (with a familiar starbase!), the melee mode, the asteroids game and the starbase map. Exciting stuff! Here's a preview: 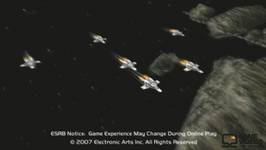 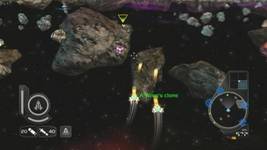 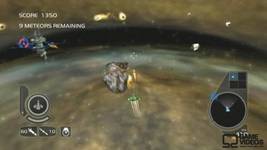 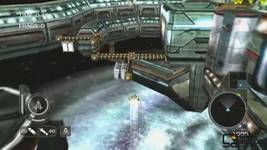 Wondering why the first batch of Arena screenshots seems disappointing compared to the awesome gameplay movies? Apparently it's GameSpot's fault, as IGN has now posted less compressed full resolution versions of each image -- plus a seventh! The trade-off? A nasty watermark in each corner. Hopefully Electronic Arts' press site will have full versions of these available soon. 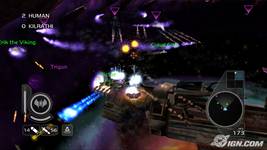 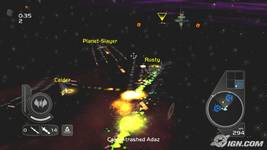 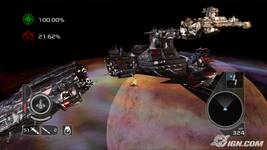 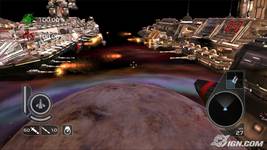 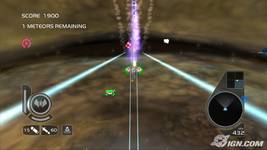 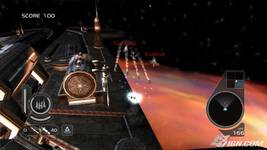 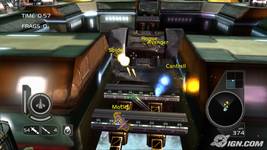 Here's a collection of major news sites' articles on the Wing Commander Arena announcement... the buzz seems very positive, and the news has certainly spread very quickly! If you have any you would like to add, please contact us or post to the new Message Board.

And just to be complete, here's a collection of articles about the ESRB 'rumor' from the day before: