Have Your Fill of Privateer Ads

Another little discovery tonight is there were two versions of this Privateer ad. The update corrects a nasty typo ("fill" instead of "kill") and rewords some awkward copy. 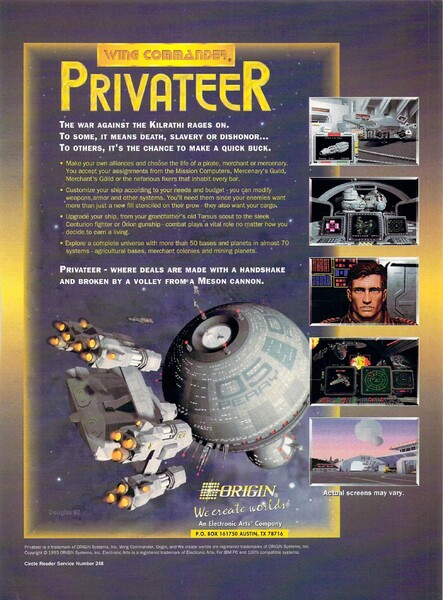 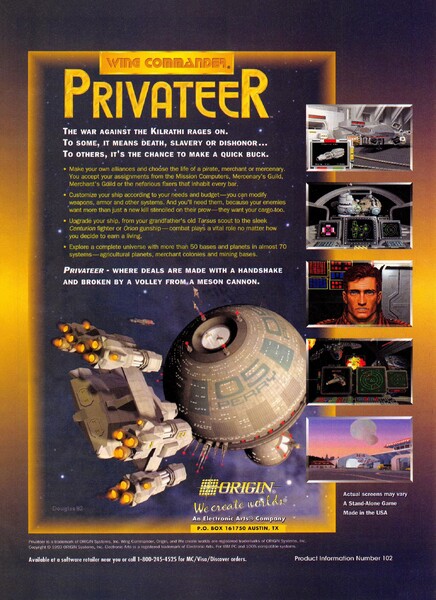 They also reworked it for the CD-ROM release about six months later. 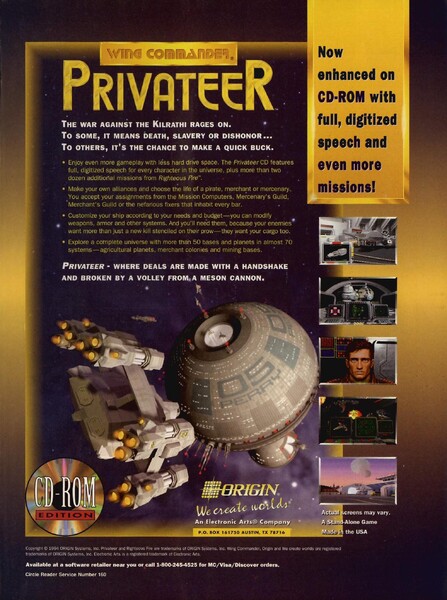 These ran from November 93 to February 94, then June 94 for the CD-ROM. Privateer also had an earlier teaser ad that ran January 93. Note the bullshots, dropped logo and wrong future date! 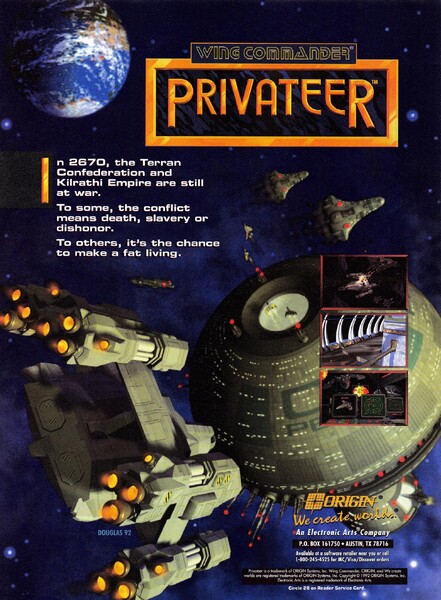