Today we have a new take on Privateer's Galaxy spacecraft, one of the larger vessels WC fans get to pilot. This one was built by Pedro Ambrosi in Blender. A handful of blue tints and highlights have been added, which give it some nice contrast compared to the fairly monochromatic version we see in the game. It also has a bit of a metallic sheen. All of the major elements are well represented, from the top and bottom turrets to the maneuvering thrusters to the inward cant of the upper engine nacelles. The fiery glow of all the engine nozzles is also a nice touch! 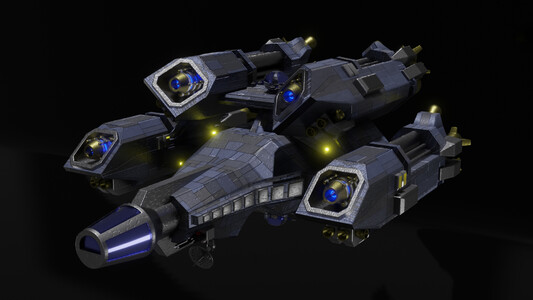 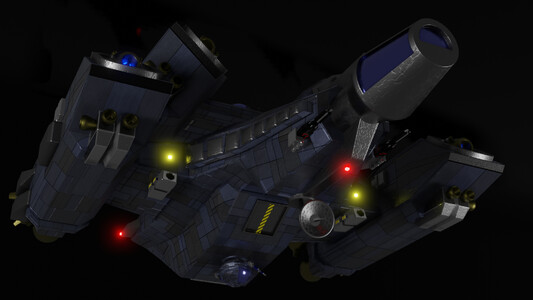 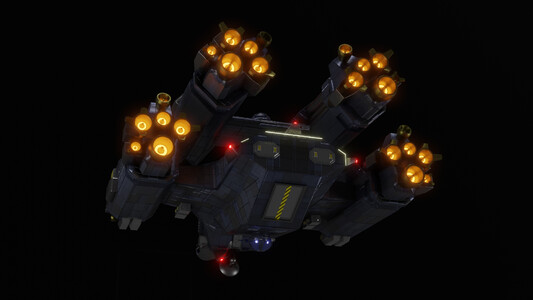 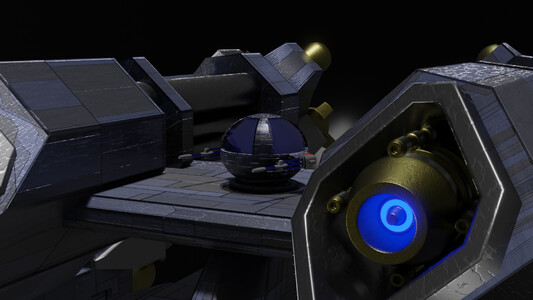 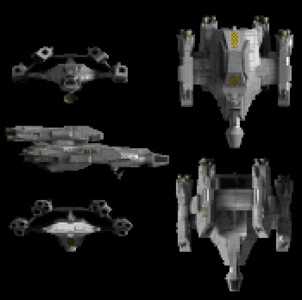 This is a Little Pet Project of mine: Galaxy Ship from WC: Privateer.