While doom scrolling through the latest global crisis I got to wondering why what I grew up calling Kiev is now written as Kyiv. Here’s an NPR article that explains it. Interesting, but what people really want to know is: how did Wing Commander do it? WC2 has eight missions (4 winning, 4 losing) set in the Confederation-settled system of “Novaya Kiev”. 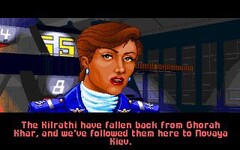 “Novaya Kiev” seems to be a case of wanting the system to be New Kiev (like New York) but just picking a word for new from the dictionary. A Russian speaker on the CIC Discord says it should be “Hовый Киев” (Novyy Kiev) and confirmation would be welcome! (Very very early on I named I think a weapons company in Star Citizen Novaya something in reference to WC2, but it was corrected by someone who actually spoke Russian somewhere along the line!)

There’s also a second Kiev reference in Wing Commander’s lore: per the WC4 novelization, Maniac was assigned to return to help clean up the Border Worlds after the events of the game as commander of the escort carrier TCS Kiev’s fighter wing.

This one is probably a reference to the Russian aircraft carrier Kiev, which has since become a luxury hotel in China. The future is strange! 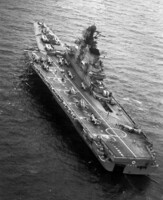