Today marks sixteen years since Wing Commander Prophecy for the Game Boy Advance started shipping. As one of the handful of WC products from the 21st Century, Prophecy Advance holds a special place in our hearts. We actually began covering the game when it was just a tech demo stylized after Wing Commander 1. For over a year, we covered the excitement of its development, which culminated in a lively launch day here at the CIC. After release, some of the CIC staff even flew half way around the world to try out multiplayer. For a full rundown, check out our ten year anniversary memories here and a recent retrospective written by Raylight co-founder Massimiliano Di Monda here. LOAF managed to pick up one of the snazzy Backlit GBA SPs a little while back and got these glorious shots! They sure make you want to dig out your link cables and hop in the tiny cockpit! 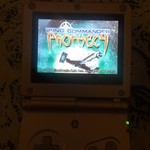 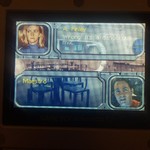