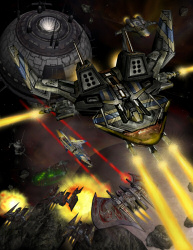 Today we're celebrating the 10th anniversary of Wing Commander Arena's release! We're used to a steady stream of 25th birthdays ticking by as the classics from the early '90s each reach a quarter century, but this one's a little different. The baby of the family has reached double digits, and while it really just seems like yesterday that we were eagerly awaiting its release, a lot of time has passed! If you weren't following us back in 2007, then this recap will help provide a glimpse into what it was like back then, and if you've been with us all along, then read on for a trip down memory lane!


Our story begins in the mid '90s when the CIC Staff cut their teeth on exciting news updates about the pending releases of Wing Commander Kilrathi Saga, Privateer 2, Prophecy, Secret Ops, the Movie, several novels and more. Things changed quite a bit in the early 2000s with the consolidation and eventual closure of Origin, and the community reinvented itself by intensely focusing on two priorities: archiving material related to the creation of Wing Commander games and an explosion of creative fan projects. Things got a nice boost with the release of Prophecy for the Game Boy Advance in 2003, but there was an even bigger surge in excitement for the all-new Arena in 2007. 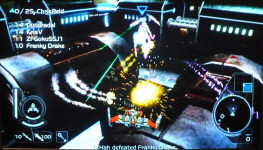 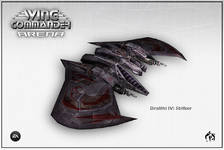 Nearly ten years had passed since Prophecy/Secret Ops, and it's not lost on us that another ten years have now gone by without another follow-up. The fact that a grand total of nineteen years have gone by with just one new WC game (!!) makes us appreciate it even more today. How and why did this thing come to exist? The stars aligned and we got lucky. There have been at least half a dozen credible attempts to 'bring back' Wing Commander since the fall of Origin, and Arena is the one that succeeded. It came at a vastly different time than the PC games of the 1990s. The franchise already had a long and beautiful history of console ports, but the preferred platforms and genres were evolving rapidly through the 2000s, and the XBox 360 made the most sense in 2006. That's where the growth in the market was at the time, and the nascent market for digital downloads was just about to take off. Of course, Secret Ops was one of the world's first digitally distributed games, but that game was at least half a dozen years ahead of its time. 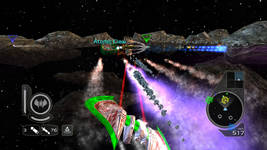 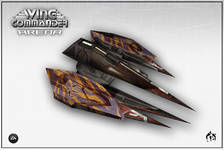 Electronic Arts commissioned several titles to test the waters, including Boom Boom Rocket which arrived first. EA chose producer Sean Penney to lead the product out of Vancouver BC, and Gaia Industries in New York was tapped to do the art and programming. We're eternally grateful for both the man in charge and the small team tasked with bringing his vision to life. They both demonstrated considerable passion for the Wing Commander brand and a strong desire to "get it right" with a shoestring budget and the technological constraints of the format. They crammed in a wide variety of single player modes, competitive multiplayer and even a cool cooperative capship battle within a 50 megabit limit. Just a few short years later, lesser DLC games would balloon to multiple gigabytes in size, so it's amazing how much they jammed into this tiny package. There were also half a dozen iconic fighters that each sported three variants, and they dug especially deep to pull the Rapier from Super Wing Commander. Further, ships like the Longbow bomber and Pelican transport made cameos in the background. 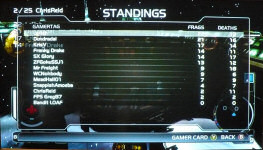 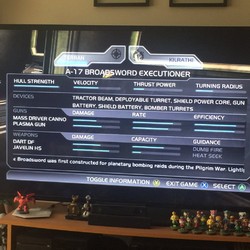 Man, what a night the release was! We all went to bed on the night of July 24, 2007 with plans to wake up at midnight and play until morning. But since these were the early days of digital releases, the exact time of release wasn't as predictable. A flurry of messages went out when it was discovered that the game was available a few hours early, and Wingnuts from the around the globe scrambled to get online. These were the days before Xbox Live Parties made grouping up with friends easy, so everyone was organized via message boards and IRC chat to link up, form squadrons and blast away. It was a classic case of being easy to pick up, but difficult to master. Ace pilots started to climb the ranks. Fans dug around to understand how to unlock each of the 18 flyable craft. Groups of 16 banded together to unlock the cap ship battle achievement, and people played the ring game to show off their acrobatic skills. The top-down 2D perspective put off some people, but fans that gave it a try were rewarded with a surprisingly deep space combat sim for an ostensibly simple arcade shooter. Agile players could rock cool 3D evasive maneuvers, and careful energy management was required to keep all systems operating when you needed them. Each ship had different strengths and weaknesses and required different piloting styles to master. LOAF even placed 3rd in an official tournament with other professional gamers in order to win an XBox 360 that we were able to give out to a fan. 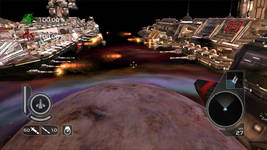 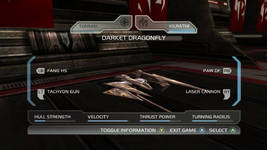 And we haven't even touched on Star*Soldier yet! We were fortunate enough to help build a huge manual in the spirit of Tiger's Claw or Victory Streak with tons of supplemental fiction that filled in many of the loose ends left open after Secret Ops. This subject alone is worthy of dozens of posts, so check those out for all the details and download the actual manual here (still hosted on EA servers ten years later!). 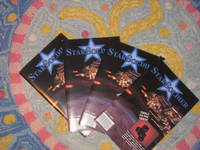 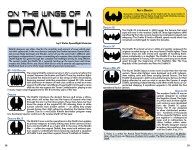 There were plans initially to include a single player component. Had the game been a bigger hit, the work done on the campaign would have been refined and released as an expansion or sequel. Sadly, that did not happen, but we were gifted with a considerable amount of Gaia concept art that shows off the unreleased Centurion and Gothri fighters, Kilrathi and Firekkan pilots and more. And while we never got more than the initial release, Arena is still available to purchase online and play on the XBox 360. Fortunately, Microsoft has demonstrated a greater commitment to its back catalog of games in recent years, and support is expected to continue for the foreseeable future. Although it's a long shot, someday it's possible the game could even become compatible with the XBox One, which would give it some nice enhancements such as future compatibility with the One X, improved party support, built in screenshot and recording ability and more. So get some practice rounds in now - we'll see you in the cockpit!