Arraen has shown off the newest ship for his strategy-themed Unity game. Due perhaps to its prevalence in WC3, the Kilrathi Kamrani class corvette was at one point a relatively common design in fan projects. It's appeared somewhat less in recent mods as more projects focus on earlier Wing Commander eras. Although this is just a first cut at the vessel, it already looks pretty good, and it should fit right in with the other ships that will be included! 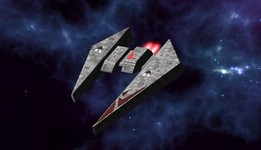 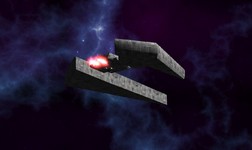 Just want to show you "first beta version" of the Kilrathi corvette. :) I know it far from ideal but work in progress.

It will be initial ship class for players who will choose Kilrathi side. Only three laser turrets and poor shields as weapons. I think it will be good "gun meat" in battles :)