It's that day again -- Week 7 of CIC/agwc Trivia. Jump here for your scores -- good luck, pilots!

Welcome to Game Three, Week Seven Trivia. We play each week. Every Monday two main questions and one bonus question are posted to alt.games.wing-commander and listed at the CIC. Please email answers to CReid1701@aol.com or ChrisReid@wcnews.com. Be sure to include a name you would like to be known under for the Scoreboard that will be up soon. Have your answers in *before* this coming Sunday (December 17, 2000) to ensure your answers are recorded. Answers submitted early may be returned and you may be able to fix incorrect answers, time permitting. Main questions answered correctly are good for 5 points, bonuses good for 3.

Question 11: Who was a Captain of the TCS Tiger's Claw?
Most Common Answers: Sansky & Geoffrey Tolwyn

Question 12: Who was a Captain of the KIS Ras Nik'hra?
Most Common Answer: Ralgha nar Hhallas

Bonus 6: Who was a Captain of the FRLS Blitzkreig?
Most Common Answer: Krueger

Question 13: What was a popular fighter in 2654 that had at least two of its guns replaced by Particle Cannons in later versions?

Question 14: What was a popular fighter in 2669 that had at least two of its guns replaced by Ion Cannons in later versions?

Bonus 7: What was a popular fighter in 2681 that had at least two of its guns replaced by Ion Cannons in later versions?

Intel informs me that today is MNelson's birthday! MNelson is head of the Black Lance RPG, a longtime supporter of the CIC and a welcome sight in #WingNut -- have a good one! 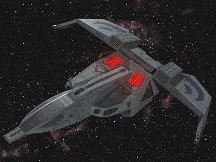 This post by Raph Koster over at the Star Wars Galaxy message board -- it explains the background of the SW Galaxies team, which includes Wing Commander veterans...