In the five years since the prologue chapter was released, a number of graphical enhancements have put Standoff's visuals far ahead of what was originally possible in Prophecy's Vision engine. The screenshot archive on the project website illustrates how far the team has managed to push the classic game engine. As the release date for Standoff's fifth and final chapter draws closer, the team is also going back and bringing the graphics of the first chapters up to standard. This week, Eder is giving us a taste of the new and improved ready room on the Lionheart. The original design and the new version are shown here side by side. 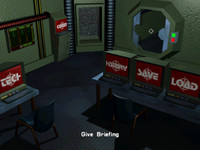 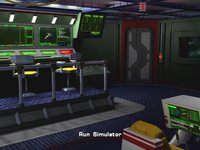 Eder also reports a lot of progress in other areas:

That sure is a heck of a lot of bugs we saw squished this past week. More importantly, just days after completing the scripts for the new cutscenes, we've already received most of the voiceovers. That's one thing we've learned over the years - modders, take note! Get *all* the writing done *first*. Don't even think about looking for actors until you've written every single line. There's always this urge to assign roles as soon as you can, just to see some progress. Resist that urge. Send an actor all his lines all at once, and he'll get back to you after a few days with everything you wanted. But if you send him a few lines, write some more, contact him half a year later with another few scenes... well, he might have time, or he might not. He might not even be around any more. We've been lucky enough not to have this problem with these extra scenes, but over the years we could have avoided a lot of trouble had we stuck to that rule. Of course, that might have also made episodic releases more difficult...

The graphical upgrades are continuing too. Most of our efforts have been devoted to spaceflight, but some other things have also been getting improved. In particular, we've completely redone the ready room screen on the Lionheart - the old one never really looked too great . You can check out the new one on the screenshots page.