There's good news from Spacetime Studios, a company made up of an amazing list of Wing Commander veterans including Anthony Sommers, Chris Douglas, Cinco Barnes, Jake Rodgers and Reece Thornton. They've worked out an agreement to keep the rights to the "Blackstar" universe, the setting of the MMORPG they had been previously been developing for Richard Garriott's NCSoft.

Their new title, Blackstar Chronicles, will be a traditional single/multiplayer experience which includes Wing Commander-inspired spacecombat and a truly brilliant style of artwork. A beautiful PDF with details on the game can be found here. Here's the official word:

AUSTIN, Texas – May 8, 2008 -- Spacetime Studios, LLC announced today it has acquired the rights to the Blackstar IP from its previous publisher NCsoft. Spacetime Studios, an independent game development studio made up of industry veterans, now fully owns all the tools, technology and intellectual property from their previous publishing deal. Set in the far future, Blackstar is a fresh universe full of wildly original space fighters, horrifying demonic enemies and epic drama. “The IP lends itself to almost any kind of gameplay that one could ask for, and was specifically designed to be a long-term franchise,” said Cinco Barnes, creative director and co-founder of Spacetime Studios. “It’s a nice sweet spot when you own all the puzzle pieces and we now have extraordinary flexibility in where to take the game universe next.”

“After two years of development, the Blackstar universe is quite near and dear to our hearts” said Gary Gattis, executive producer and co-founder of Spacetime Studios. “Owning the IP as well as the engine and tool set puts a tremendous amount of potential in our hands. With all the developed components under the Spacetime team’s control, the options for the IP are diversified.”

The new “Blackstar Chronicles” development underway is a space fantasy combat game based on the single-player traditions of “Wing Commander” and the multiplayer feel of “Descent.” “The Blackstar Chronicles is a very powerful product,” said Jake Rodgers, art director and co-founder of Spacetime Studios. “The Blackstar universe has the potential to be something special and it’s great that we are able to bring the IP to fruition.” 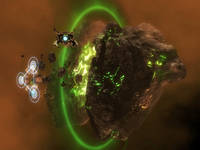 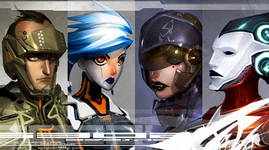