Shaggy reports that he was able to get a pretty accurate looking Sabre flying in Simple Planes. The SP engine allows players to create or recreate various flying machines and see how they perform under power. In this case, the design seems like a winner! We report a lot about the fantastic major mods that fans are doing to well known space games, but it's also really cool when people branch out into other areas like this. Shaggy was previously imported WC ships to both Kerbal Space Program and Beat Hazard, which is pretty neat! 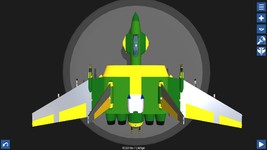 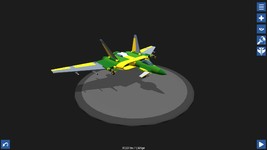 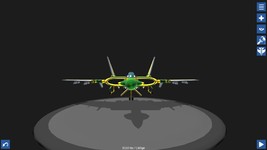 "Build airplanes by snapping parts together, designing wing sections, and attaching engines. At any time, you can strap yourself into the cockpit and see how it flies with realistic physics."

So I don't know if anyone here plays Simple Planes but for my first upload plane, on the SP website, I chose to do the F-57 Sabre. I picked it because, as far as I could see, there aren't any WC planes on Simple Planes and figured it was worth a run (now that I think about it there is a tiny little Arrow V and a heavily stylized Dralthi).

I really wanted to do my all time favorite, the Raptor, but that one is gonna take some tricks to make something like that stable. The Sabre is exotic looking but also traditional enough that I was able to make it work surprisingly easily. Next up I think I'll take a crack at the Hornet and then I'm gonna try some stuff to try and bring in the Thunderbolt and the Hellcat.