Shaggy has finished the final WC1 Confed fighter for his neato Beat Hazard project. The Rapier and its three siblings can be found on the game's editing workshop pages for fans with the Shadow Operations DLC. Because the Rapier is such a killer ship, players will need rank up a bit before it's unlockable. The game looks really fun with all the WC fighters! 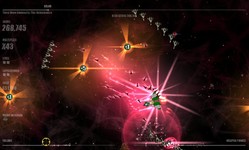 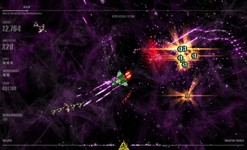 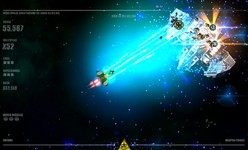 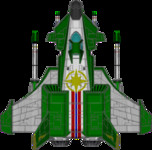 The Rapier is up and ready to fight. I built up with the most powerful guns, the most speed, and the most agility I could cram into it. Because of the edit point system this means that there is a repellant force toward the powerups but it's not too bad and the fighter is fast enough to catch them. This also means that it's a top rank fighter so you'll have to rank up all the way to access it. I wish there was a better way to do it but it is what it is.

That does it for the WC 1 Confed fighters. I'm going to start looking at options for the Kilrathi fighters but I've got some busy days ahead of me and I'm not sure when I'll get to them.