The latest game of Wing Commander TacOps Online is under way, and the pilots of the Confederation and Empire are dogfighting in a dense asteroid field. So far they're working through line-of-site, friend-or-foe and capship flak issues. There's also some neat new features such as "stacks" of asteroids and fighters occupying the same hexagon now constantly rotating through object icons. You can follow the latest progress at the CIC Forums or see the game(s) in action here. Watch out for those rocks! 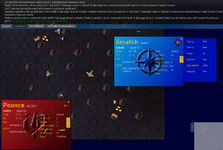 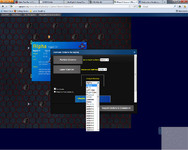 Well the asteroid collision damage was broken. I've just fixed it. I had to refactor the entire damage-dealing path in the code, splitting it into a version for weapon-based damage and straight number damage. This means that, should I have made a mistake, all damage sources could now be broken. (More likely, we see everything still working, and the asteroid fields now doing damage). I suspect this may have inadvertently also fixed the flak fields, but I'm not sure.

Bonus question: Where does this post's headline come from!?