Klavs has been making fantastic Wing Commander art for more than 15 years, so it's no surprise he found himself trading spaceship renders with a nascent Roberts Space Industries nearly a decade ago. Through these discussions he experimented with what would eventually become Star Citizen's Hornet fighter. Although his creation is a fairly preliminary take, you can see elements from both his familiar WC works as well as what ended up in Chris Roberts' game. The initial concept images below are his, and the final two are the official models. It's ancient history now, but still a neat story!

In 2011 I was lucky enough to leverage some of my Wing Commander fan art into a couple of lovely conversations with Chris Roberts regarding his new project. At the time it still wasn't clear whether or not it was going to be a new Wing Commander property or an entirely new thing, but I did my best with the skills I had at the time, provided a couple of models for 3D printing, and started exploring the CryEngine in anticipation of maybe contributing to my dream franchise!

At the same time, however, I was offered another job that involved flying real airplanes, so I had to let it go! I don't think this idea would have made it into the game, it's too buglike and derivative of the original Hornet design for what became Star Citizen, but I was grateful to the chance to talk to one of my childhood heroes and contribute in some small way to Star Citizen. I wish them the best (but I still wish we had a new Wing Commander game!). 9 years on, and having never signed an NDA, I feel pretty confident in sharing my little non-contribution to Star Citizen! 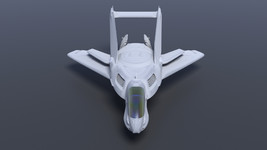 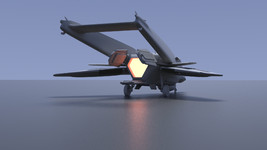 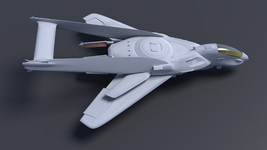 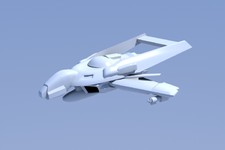 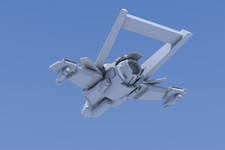 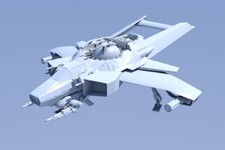