The Prophecy & Secret Ops Model Upgrade Pack is kicking 2020 off with a bang. There's a brand new Cerberus model churning the waters that's even more accurate to the original model while being more efficient at the same time. It's already humming along in the game's engine ready to headline the project's next release. The new update should be forthcoming soon after DefianceIndustries makes some upgrades to the Midway and other capships. You can try the latest version here.

Happy New Year Wingnuts! We we keep plugging away here at the MUP. Grim is finalizing a few additional engine tweaks for correcting issues with corvette impacts and a new mesh for the capship explosion shockwave. The old one was a bit angular so we're seeing if we can use a smoother mesh with some more triangles to make it look more better. We're also looking at possibly doing dynamically sized shield impacts on capships based on the power of the weapon (ie. a tachyon gun would have a larger impact image than a laser for example). Finally - and this is good news: Grim was able to confirm that the .DLL conflict in WCP which was preventing us from implementing dead capships is resolved. The conflicting DLL was from HCl's visual upgrade pack and the open/GL patch handles the same functionality. So we can start implementing dead ships in WCP as well.

On the art front: Cerberus V2 is meshed and textured. It's closer to the original game mesh, the V1 had a stubbier nose, and the V2 model is about 3k fewer triangles. The good news is I was able to reuse the components from the V1 model. Below you can see the finished meshes and the dead hull object. 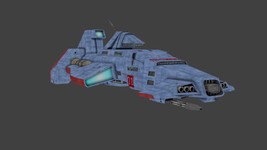 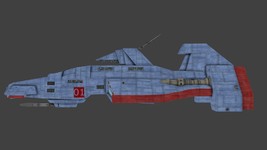 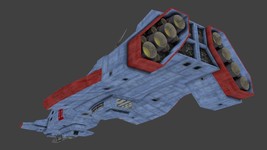 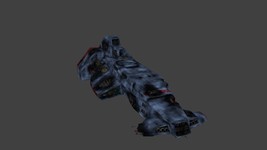 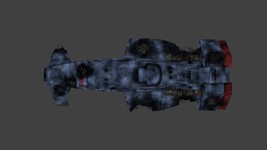 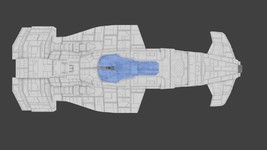 V2 of the Cerberus is converted and in the engine! Hooray! It looks pretty nice too. 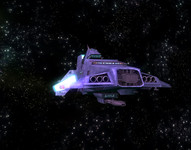 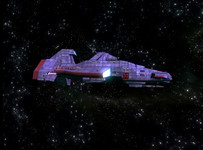 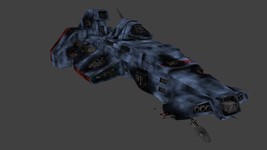