Adm_Maverick is back with a big update on his papercraft Wing Commander fighters. He recently shared some of his templates and techniques on how to make these awesome little fighters with a home printer and scrap cardboard. Now the ships have been put to good use as part of a new tabletop game that Maverick is putting together. He's spent quite a bit of time playtesting with a friend, and the shots below show off some of their space combat in action. Looks like fun! You can find an elaborate breakdown of the rules and help discuss future refinements at the CIC Forums here. 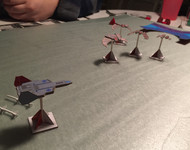 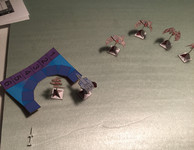 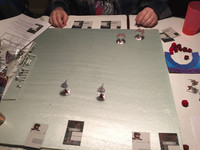 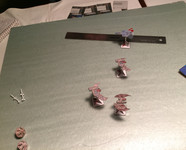 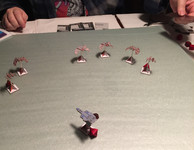 So been a little while since I posted on this project, but wow what an update I have for it.

First off, a friend and I got in basically a whole day of playtesting using some of the rules. And pretty much decided the rules needed to change. I'm just using little cardboard models I've assembled for game tokens at this point. Nothing fancy. Just an ink jet printer, some cereal boxes, some glue, a couple q-tips and a butt load of patience.