The Maslas Brothers have again taken to the forums to answer questions from fans, this time focusing on map design. The playing field in Flat Universe is made up of distinct scenes or maps, interconnected through jump points. Each map can have any number of hotspots, such as space stations or asteroid fields, and missions may span multiple maps. You can grab the latest playable alpha version from the project website and keep track of development news through twitter.

Our game is build in a similar way to the open universe of Privateer. We have a group of interconnected systems each one being a scene (that's a map). Each system has no boundaries but it has some static points of interest (e.g. jump points, asteroid fields, mine fields, star bases, refueling depots). Each jump point connects on scene with the other. One of the things we currently build is the NAV/Goals/Jump system. Of course the system won't be fully operational if we won't also finish with the auto-pilot system.

When everything is ready if you have any jump capable ship in any mission you can simple go to the jump point, hit j and there you go to the next system. That's the purpose of, at the moment useless free-flight mode: to test intersystem flights or just have fun jumping around....

Now mission design. In our mission design concept the designer can use either the static nav/jump points, add custom nav points or any mix of the two. Additionally a mission is not limited in any system. You can design a simple mission at the edge of a system or a complex mission that spans all the systems in the game. There is no limit. Now through the editor/config files you can add any objects you like (fighters, cap ships, asteroid/mine fields, whatever) in any system, mark mission specific options/goals to these objects, fill in briefings/debriefings and link to the next mission(s) in the campaign and you are done. 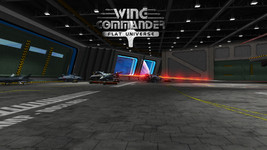 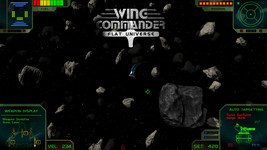