Wojo has dabbled in various WC fan mods over the years, but he's had one pet project going for quite a while. The game would take place in the WC Saga engine and borrow elements from the Wing Commander Movie. It came up again recently in a thread on various add-on campaigns, so Wojo released this single teaser image. As happens with all such undertakings, real life is relentless and always interferes, but if you're interested in ever flying the CF-117 Rapier in another mod, hit the Discuss link below and let him know! The motivation will help let him and other talented fans out there that there are lots of eager players waiting in the wings! 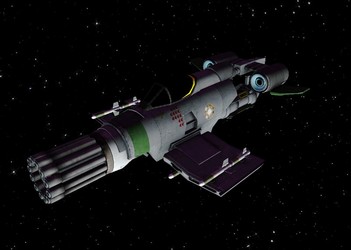 I'm still doing this. My reasons escape me. Why I continue to punish myself after 6 years is beyond me. But here I am, flogging that dead horse...

There. Now it has a name. It's up to the rest of you to shame me into completing it.

Congratulations to Origin founder, second generation astronaut and Wing Commander fan Richard Garriott and wife Laetitia de Cayeux, who welcomed their second child into the world yesterday. Ronin Phi Garriott de Cayeux was born yesterday on the 41st anniversary of his grandfather, Owen Garriott's, launch to the Skylab station. What an out-of-this-world family! 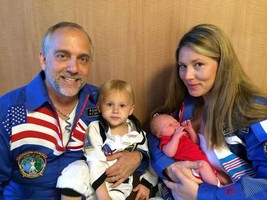