Have you been anxiously awaiting a flight deck hangar of your very own? How about one where you can walk around the coolest ships fully rendered in 3D? The wait is over! Howard Day has put together a prototype Concordia Hangar in the Unity engine. The implementation is very preliminary, but it currently allows players to walk around his gorgeous Broadsword bomber model. There's a ramp on the right side that even allows the crew chief to walk up on top of the fuselage. If you can make it up, don't forget to check out the cockpit! Visit the hangar here and let Howard know what you think at the CIC Forums. 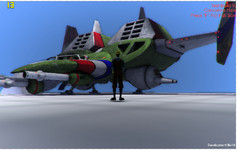 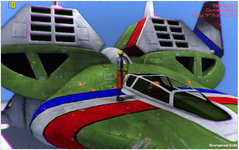 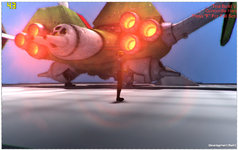 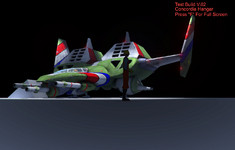 Hey, guys. I have been inspired by the Star Citizen hangar release, and thought I'd give replicating their scene a shot. And since I have high res versions of the Broadsword and Scimitar, I thought I'd let you guys see what they look like. It's pretty crazy how well they hold up. I still need to add some detail around the cockpit area, and around the landing gear... but it's pretty impressive what unity can do when worked on in an evening. I added fancy glass shaders, and tweaked the paint on the Broadsword.

I know the mouse movement is twitchy. This is still very, very alpha. Very. Here's a link! Let me know what you think!

Joystiq recently sat down to interview space sim extraordinaire Ben Lesnick and CIG writer David Haddock during a recent stop on their international PR tour. They met up at DragonCon in Atlanta to talk about the video game industry, development of Star Citizen and what the future holds. You can find the full article here. LOAF hosted the Star Citizen panel while at DC, but he also made time for Wing Commander. Two actors who portrayed Admiral Tolwyns were on hand, and he was able to get both their autographs on a copy of Action Stations. After Malcolm McDowell and David Warner, only Marten Davies remains to get signatures from the complete Tolwyn triumvirate! 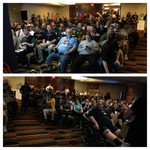 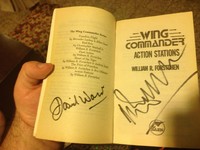 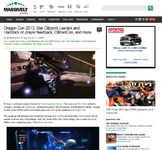 Massively: A rabid community like SC's practically cries out for a dedicated convention of some sort. Any plans to make that official or officially support one at some point?

Lesnick: Yes, we had actually hoped to do a CitizenCon in October of this year for the anniversary of the game announcement, but it didn't quite work out. We had our livestream and we saw how rabid our fans were and how many of them there were, so we needed a little more time to plan. But certainly next year there will be an official CitizenCon.

Massively: It sounds like this whole thing has been overwhelming for the team.

Lesnick: It's amazing. I was in Germany last week; 30 percent of our audience is German, and they treated us like rock stars. We walked down the street in Cologne and random people would come up and go, "Oh my God, you're Ben Lesnick! You're the community manager for Star Citizen!" So yeah, this is something. And the rest of the team is back home crunching, so I wish I could bottle that and bring it to them. But they definitely understand how amazing our fans are.

Massively: Any advice for fans looking to break into the game industry as you've done?

Lesnick: Well, just spend 15 years not trying to do it, and then eventually Chris Roberts will ask you. My experience was to get to know the devs and learn the inside of the industry rather than just being a fanboy. I got here by learning behind-the-scenes stuff and being fascinated by that. I had no intention of ever making games, but I ended up learning how and now here I am.