Klavs has put together additional paint schemes for three of his most popular models. New Tarawa liveries have been created for the Rapier, Sabre and Ferret. In contrast to the brighter WC2-style colors, these have a lower profile skin similar to the palette seen in WC3. These are available now at Terran Fleet Supply.


However, before you place your order, there is some unfortunate news from Shapeways. Even though Klavs' designs have been reproduced dozens of times for fans around the world, the 3D printing company has increased its thickness requirements across the board. This means that many of the models cannot currently be printed. All fighters in the current lineup are still available online for now, but Shapeways may cancel orders for certain smaller ships. Klavs is exploring alternatives to return the fleet to duty! 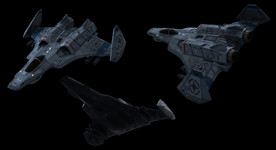 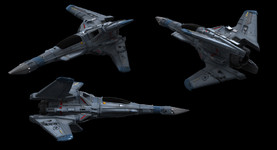 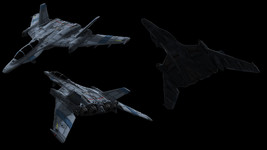 Apologies to anybody who's purchased rejected models recently, Shapeways has increased their tolerances in all materials, so a once printable design is now unprintable because of what they call 'Thin Walls'. So the Morningstar, Ferret, and probably a few others may be rejected, even though the models have not had any changes made. This is especially prevalent with the smaller models, so please be aware. I'll have to scale these up to ridiculously expensive sizes to make them printable, so I'm really not sure what to do right now.

Just received the message back from Shapeways. I get it, they don't want to produce stuff that might be too small for their printers and delay their production, but it's still frustrating as there are models out there, sitting happily on people's desks and now they suddenly can't be produced any more. This shouldn't affect some of the thicker ships, like the WC3 ships, but I'm fairly certain a lot of the smaller ships will be rejected now. Sigh. I guess we'll have to wait till the tech gets a little better. I'll leave the models up for now, but in the meantime, please realize that you'll be ordering these at the risk of them being un-produceable, despite examples being out there already. Sorry guys!