Deathsnake has some impressive new shots for the Wing Commander Last Line of Defense mod. The first few reveal some impressive scenes in a nebula and down in a planet's atmosphere. You don't see that sort of thing very often! There's also a new lineup of the game's Confed capital ships, and a basic setting for the game's story is below. If you have feedback or would like to help, find out more at the CIC Forums.

On your homeworld in the Hawking Sector, you are too far away to help in the Battle of Earth. After the battle, you arrive a few weeks later at a fleet outpost in Enigma Sector. The job of Battlegroup 75 is to save as many people there as possible. Ras Nar'Ghar, the commander of the Hvar'kashik, wants control of Enigma. He rebuilt a new station in K'tithrak Mang and has a fleet under his command. You have only a few ships to hold Enigma, as the others are needed in Vega or in the fleet to protect Earth. 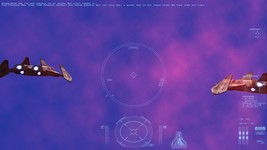 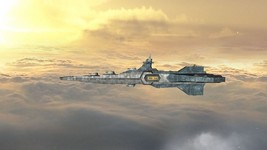 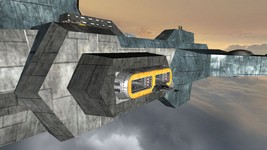 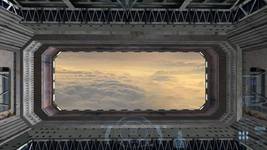 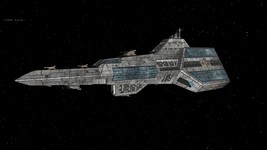 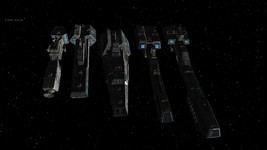 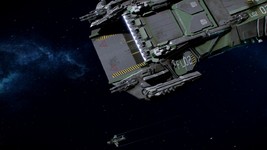 Chris Roberts has posted a new note to update fans on his new game's pledge campaign status after two weeks. As of Wednesday night, the combined tally stands at more than $1,950,000, which means the $2 million milestone will be met Thursday morning. A detailed list of stretch goals and what players have to look forward to at higher funding levels is coming tomorrow.

As I write this we are less than $50,000 from reaching the RSI goal of $2 million in overall pledges that makes Star Citizen a “go”. It’s unbelievable.

I’m proud to represent this cause and I’m tremendously humbled by the incredible community that has rallied to my side. Not just the donations–which have been astounding –but also the stories and the creativity I’ve encountered interacting with you in the comments and on the message boards and elsewhere. Like me, you have all seen Star Citizen, no matter what you may have called it, in your head for many years… and thanks to your collected efforts; I’m going to build it for you.

Pledge upgrades have also finally gone live at the main site. Supporters can click "Upgrade" next to their pledge under "My Account" to increase their contribution. Additionally, new $60 and $120 "all digital" tiers have been opened up, plus several "add ons" are now availble. The add ons allow fans to supplement their existing pledge with all of the other available ships. Finally, a new $2500 pledge level (titled "In the Distant Future...") has opened up, and it includes all five ships on top of other goodies.

In order to help decide which ships to "add on," Roberts Space Industries has published a very elaborate ship design document. It details the game's five starter ships plus how engines, upgrades, hardpoints and weapons will work. There's so much information that a simple summary doesn't do it justice. One cool aspect is a quick comparison to familiar sci-fi ships. The Aurora is like the Privateer Tarsus or Straith, the 300i is comparible to the Centurion or Icarus, the Hornet is akin to the Stiletto or Freij, Freelancer to the Galaxy or Gea Transit, and finally, the Constellation is on par with the Paradigm or Salvia. Learn more here!

When you think handsome bounty hunter making his own way in a galaxy of enemies, you think the Constellation. The Constellation, a multi-person freighter, is the most popular ship in RSI’s current production array. Constellations are beloved by smugglers and merchants alike because they are modular, high powered… and just downright iconic-looking. The Constellation includes a manned turret, a large cargo area and a small flight deck capable of launching a snub fighter in its own defense.