Japanese WC Guide Ends Up In The UK

Pix has posted a fun treat. He's recently digitized the Japanese Official Guide to Wing Commander 3 for Playstation! It's a fabulous 132-page book full of color photographs and diagrams that cover everything from background information to ship stats to mission details. Of course, the text is not in English, so Japanese speakers are more than welcome to translate any interesting finds! Check it out at Pix's Origin Adventures website here. 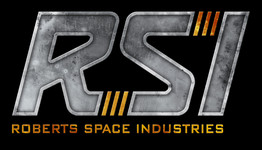 Roberts Space Industries has a few miscellaneous updates today. They report that a "fan site kit" is under development, but in the mean time, several high res game logos have been put together. They also now have an official YouTube channel for easier viewing and embedding of videos. Finally, there's a new poll that asks about people's actions/intentions regarding the pledge drive. The funding campaign is now up past $940,000 - closing in on a million dollars!

Have you pledged to support Star Citizen?

Chris Roberts has also just posted on Facebook that he's challenging followers to help the campaign break a million dollars by 10 am Pacific time Thursday. There's even a bonus for hitting this goal! Since the system does not yet allow users to upgrade their pledges, it's up to those who have not yet signed up to support the new game to help achieve this.

If make this target we'll add 500 in game credits to all current backers ship packages as a little gift back to all the early supporters! It could mean the difference between the basic targeting system and the multi-target tracking one! 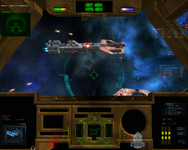 Kevin Caccamo reports that he's nearly ready to start some limited playtesting of the WC Hostile Frontier mod. If you're up to providing feedback for this project, let Kevin know at the CIC Forums.

I've been doing some more work on WCHF lately. First of all, the development version of the mod is now compatible with WCSaga final, and thanks to someone on the HLP forum, we got WC Saga running on standard FSO builds. I'll be starting a short beta test soon.