Klavs81 has started work on a new version of the workhorse Rapier fighter. This time it's based on the Super Wing Commander iteration of the ship, which was also the foundation for the Rapier that featured prominently in Wing Commander Arena. Klavs' last F-44 was featured in an awesome wallpaper in 2010, but his love affair with the ship dates back to long before that. 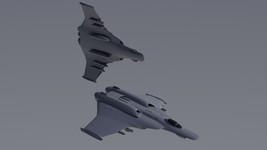 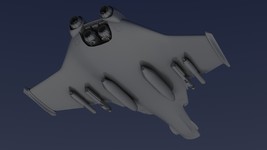 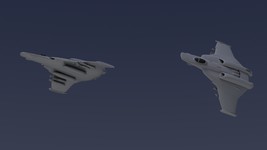 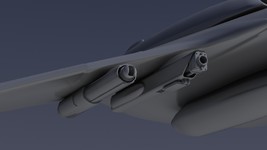 Not satisfied with my old Rapier for movie closeups and detailed animation, so I started building another one. (That's three, but I DON'T have a problem)

This one is a direct descendant of the Super Wing Commander Rapier, which was my very first WC game on Mac, back in 1995.