The WC Saga team has updated its Lexington design. This latest iteration carries the game's "modern" textures and has some pretty nice lighting on the interior areas. They've taken the "special operations" version seen in Armada and made it a more common heavy carrier. You can read up on the history of ships named Lexington here! 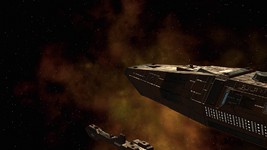 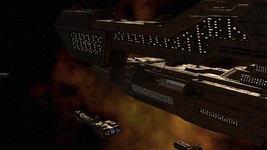 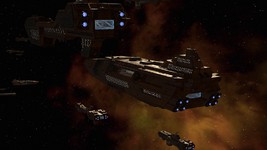 This carrier was first seen in the Super Wing Commander remake on the Sega CD game as an alternate model to the TCS Tiger’s Claw and the rest of the Bengal-class carriers. It is also seen in Wing Commander Armada as the player’s carrier, the TCS Lexington, a self-sustaining carrier that was sent deep behind enemy lines in a high-risk operation.