WC Saga Takes On The Lexington

The WC Saga team have been making steady progress lately, and have just released screenshots of their take on the TCS Lexington from Armada. I'll let psych give the official word on this one.

This next one is the Lexington-class heavy carrier, a vessel that was in service around 2669. If you didn’t know already, this vessel was seen in the Wing Commander Armada game and as the remade Tiger’s Claw in Super Wing Commander. A Special Operations-modified version was the TCS Lexington from Armada. Other “stock” ships of the class include (but are not limited to) the Bradshaw, Kinney, Kennedy, and the Lincoln. For all sakes and intentions, these are the rivals to the newest Kilrathi Bhantkara-class heavy carriers and are comparable in size and tonnage. 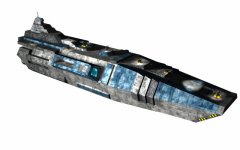 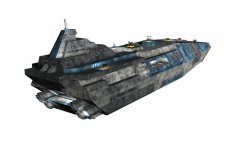 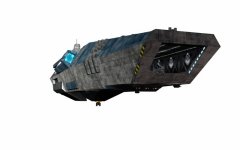 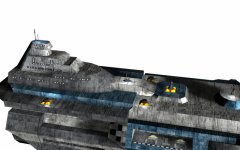