Forums member |BoH_Havoc| has released two new screenshots of his as-yet-untitled project. They show off the first version of his "shader driven explosions." The game will require a Windows XP computer with a DirectX 9 capable graphics card. There is no website for the project yet, but Havoc's team would welcome any feedback. Head on over to Crius.net and help him out! Our previous coverage can be found here. 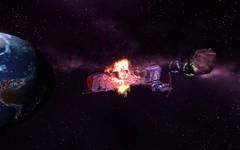 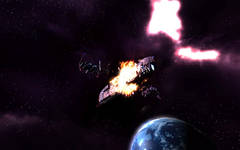 Today's update gives us a glimpse at Wing Commander Prophecy's inner workings -- specifically, exactly how the game translates our beloved "ship specs" into gameplay! Learn how much depth is involved in things like sub-systems... and how values that seem like they should be nothing more than 'flavor', like mass, can actually have an important gameplay function.