In addition to the impressive armada of familiar Kilrathi ships to be featured in the Wing Commander Invasion mod, Major Payne has incorporated a couple of special designs. The first is based on a piece of Feng Zhu concept art commissioned for an unreleased Wing Commander game. Payne has worked this one into the Empires at War engine as a type of cruiser. The other ship is an exotic asymetrical model based on a design by Lars & Scooby Doo. 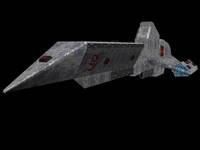 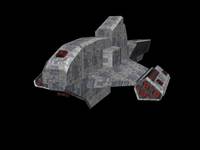 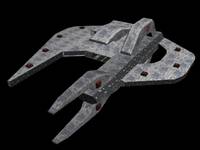 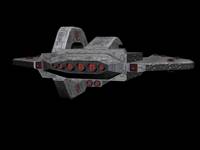 The original concept design was create by Feng Zhu. From the only released image, I've tried to get the overall shape of the ship correct. However, the entire rear in not shown so I've had to become "creative" to a point. As usual the ship has been clothed in the same textures as the other Kilrathi capitals, and this one is classed as a fast attack cruiser. It'll be relatively heavily armed and armored but carry no fighters.