Get Ready To Stand Off

There's just three more days until the expected release of Standoff Episode 4. In order to get your system set up and some practice time in, there's a few things you can do right now. 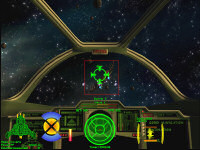 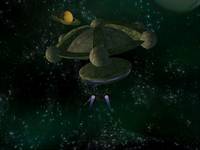 Tap Your Brains And Choose

Our long-running Birthday poll has produced some pretty evenly divided results. While there's been a surge in new members this year due to things like EA Replay, WC Arena, Wing One and the GameTap releases, quite a few of our readers have been visiting since the mid '90s. Predictably, growth was the least during the slow periods in 2001, and this shows that most voters actually put some thought into figuring out how long they've been coming.

The next poll asks which game you'd like to see released on the GameTap service next. Privateer was the first to be announced, but no date has been set yet. Who would have thought Wing Commander 4 would be playable in a downloadable form like this? If that one made it, any Wing Commander game is possible. And as great as it is to have Wing Commander 1&2, someday we'd all like to see the Secret Missions and Special Operations as well. Which one is highest on your list?