New DragonCon attendees continue to be added to the official DC guest list. Matthew Lewis and Katie Leung from Harry Potter join Chewbacca/Peter Mayhew as this week's new additions. There's another month yet before the last price increase for convention passes, but airline and hotel prices will be more expensive this year. The hotel that the CIC staff stays in sold out a couple months earlier than usual, and most airlines out of Atlanta have trimmed capacity this year. DC is always a blast though. Atlanta area residents should at least check out the Sci-Fi & Fantasy Parade on Saturday, September 2. We're registered to march again, and I can't believe there's only about ten weeks left to go! 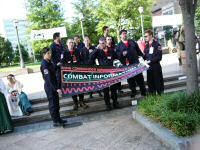 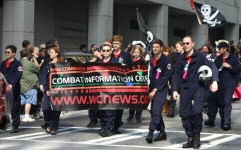 One of our favorite DragonCon guests, Aaron Allston, is currently on tour to promote his new novel, Star Wars: Betrayal. He's been hopping around the Midwest lately and has a few more stops on his way home (autograph schedule below). Mr. Allston will also be appearing at the San Diego Comic Con from July 20-23 and Gen Con Indy from August 10-13. He's most famous for being the author of Wing Commander's Claw Marks, but he was also a writer and designer for The Secret Missions and Worlds of Ultima: The Savage Empire. 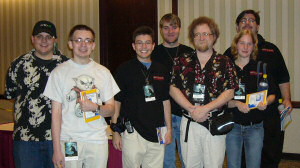