The Standoff Scoreboard continues to be a popular pastime for Wing Commander fans, but the first place leaderboard has been dominated by Sternenwind. In order to help spice things up, PopsiclePete has decided to put a bounty on his head. More specifically, Pete's birthday is April 28 and he's celebrating it CIC style. Rather than accepting gifts, he'll be buying a special person $20 in CIC Merchandise this year. This includes full priced items like the CIC Polo Shirt or a combination of cheaper items such as glasses or Eisen shirts. 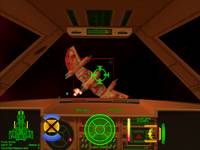 All you have to do to win is steal a high score away from Sternenwind and hold it until April 28. If more than one person does this, the player with the most number of new high scores wins. There will only be one winner, unless there is a tie. And if nobody can manage to capture any scores (and hold them till the 28th) from Sternenwind, then he wins the contest! Right now he's currently leading the Kilrathi Gauntlet with the Wraith, Morningstar, Rapier, Arrow, Crossbow, Epee, Stiletto, Broadsword, Sabre, Gladius, Talon, Ferret and Hornet. He's also in top spot of the Confed Gauntlet in the Epee, Ferret and Sabre categories. 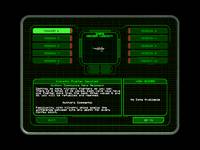 There's a second way to win as well. Since Pete loves the Epee, the first person who manages to beat the 10,000 score mark in either gauntlet with one wins a separate merchandise prize. This one is also worth $20 and has to be achieved by April 28. So good luck everyone! You're going to need it. New players can find directions on how to play Standoff and participate in the Simulator Scoreboard here.

Show off your skills at our online SCOREBOARDS! Holy Crap! Yes, that's right! Thanks to the combined efforts of our staff member PopsiclePete and the CIC staff's KrisV, Standoff's simulator will now send your score to an online ranking system provided that you have a registered username at the forums and that you turn this option on in the game's launcher. You can check out the Scoreboard link... everything you need to know about our exciting new feature should be explained there! (And if it isn't, just drop by the forums and ask us :-P)

ZFGokuSSJ1 has found a trio of new articles and interviews former Origin producer Warren Spector. News bits about the famous game developer are so prolific that they come in packs now. An article at GameTab links up closely with his previous comments and a collumn at Escapist Magazine where Spector recently guest wrote. He's not saying much new stuff there, but the piece does expand and clarify his previous thoughts. The meat of the matter is Spector's awkward feelings about the state of the gaming genre. He sees great things for the industry but worries about harrowing pitfalls that must be avoided for it to become a more legitimate medium.

Let me be clear. I don't believe we're going to go away - gaming isn't a fad like the hula hoop or Nehru jackets. It's hard to imagine a scenario where gaming just... fades away. We're gonna be OK. It's just that it's relatively easy for me to imagine scenarios where mainstream audiences get sick of us, sick of the product we offer them, sick of repetitive, seemingly-but-not-really interactive, emotion-free, slam-bang, U.S.-centric, urban, hip hop action games and alien invasion scenarios.

In other words, I can see us limiting ourselves to the same subset of adolescent male players we've always reached. And if we do that, it's back to the margins for us.

Firing Squad goes in a different direction. A lot of sites have been focusing on Spector's outspoken beliefs, but he's still a good old video game developer leading a vibrant young studio. This interview talks about game development, the business side of dev studios and what's in store for his next projects. The tone is a lot less philosophical and more fun. Junction Point Studios still hasn't announced its first product, and it'll be interesting to see what comes next.

FiringSquad: What is the significance of the name of the studio?

Warren Spector:The obvious genesis of the name stems from the time I was with LookingGlass, in the mid- to late-90s. We worked on a game whose working title was Junction Point—a small-group, online-only SF game, with an interesting persistent element. It was similar in some ways to Guild Wars, I guess. I always liked the name and, as I thought about what to call the new studio, it occurred to me that “junction point” also described the kind of games I like to make and play. I like games that represent the coming together of a lot of genres and playstyles… and I like games that force players to (conceptually) stand at a crossroads and choose which path to take. Both ideas are encompassed by the idea of a “junction point.” So, the name really fit.