Joe and Paula Garrity, curators of the Origin Museum, have some fascinating new pieces in their collection... courtesy of Dan Bourbonnais! Bourbonnais is an Origin veteran best known to Wing Commander fans for his work as an artist on the first two titles in the series.

Among Joe's acquisitions is this pair of Wing Commander II-era background cels. These traditional paintings were scanned in and then digitized for use as backdrops for the game's cutscenes. Can't quite place them? That's because they're actually from the Wing Commander II Demo, which featured an alternate look for the 'Kilrathi throne room' introduction sequence. You can read more about the unique artwork of the Wing Commander 2 Demo here, or download your own copy from our files section. 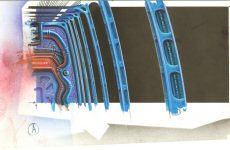 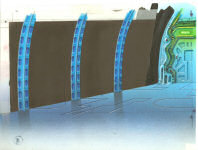 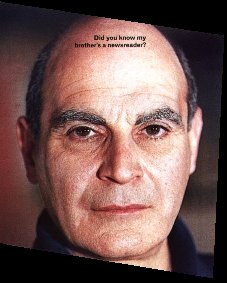 It could happen. Suchet, perhaps best known as Captain Sansky in the Wing Commander movie, is rumored to be a contender for a part in the upcoming James Bond movie.

IGN inquired with Suchet's reps at Endeavor about their client's possible involvement with Casino Royale. "That's not confirmed," a rep told us, adding that they were "not at liberty to discuss it" in any way. Endeavor did confirm that Suchet is currently "in negotiations" for a few projects and mulling "a couple of offers."

Suchet's management firm, Seven Summits Pictures & Management, was similarly evasive when asked about Casino Royale. "We cannot confirm that," they advised us.

None of Suchet's reps offered a denial.

Contrary to earlier rumors, Privateer 2 and Sin City star Clive Owen was not selected for the part of secret agent 007.