A new set of ships screenshots has been released for the WC Tactics mod. The game now has transports in the form of Draymen and Diligents. Chevieblazer's Drayman was inspired by Howard Day's high quality model. You can find more information on similar projects in our Fan Project & Editing forums. 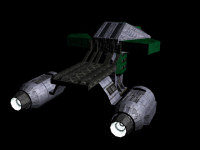 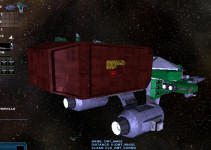 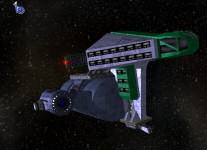 Lord of War Numbers Are In

New movie Lord of War has just survived it's first weekend in the US, and it seems that it hasn't done too badly at all. The movie is just one of eight this year to list Chris Roberts as a producer. It managed to take $9,390,144 over the course of the weekend earning the movie the number 3 spot in this week's top ten. Reviews have been mixed with 56% giving the movie a good review. A good summary of reviews and other details can be found on Rotten Tomatoes.