Parades And Costumes On Day Two

Saturday's DragonCon Parade was a huge success. Thousands of people lined the streets as we marched in our flight suits. Hearing random people scream "Go Wing Commander Combat Information Center!" or "Hey Hobbes!" is a pretty great experience. Hundreds of people were snapping pictures, so a few neat shots should appear online soon. There are always some neat costumes to see as well. Besides the other 800 people in the parade, below we have shots of a great looking Predator, Teo as Mega Man and the creepy Twilight Zone surgeons. You can check out Saturday's full Day Two highlight gallery here. 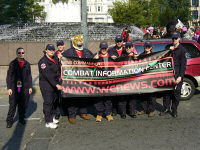 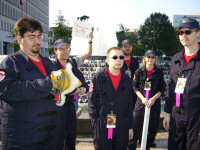 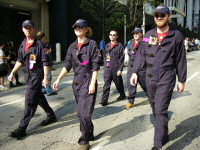 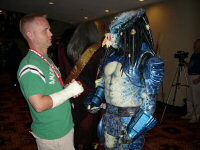 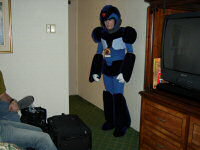 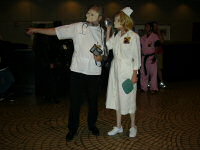 Although the internet access in the hotel is spotty, you can still check out the Webcam.

CIC Birthday prize winners who've had their items mailed should have received them by now. About half the packages made it out before the CIC staff left for DragonCon. I'll still be traveling through the end of next week, so the next batch won't be arriving until mid September. The winners are listed here. There are a couple people who haven't claimed their prize yet, so email me your address if you're one of them.